Google has released its latest Android distribution figures, and the latest version of Android, which includes Android 4.1 and 4.2 is now on a total of 10.2 percent of Android devices, this is up from last month when Jelly Bean was on 6.7 percent of tablets and smartphones. 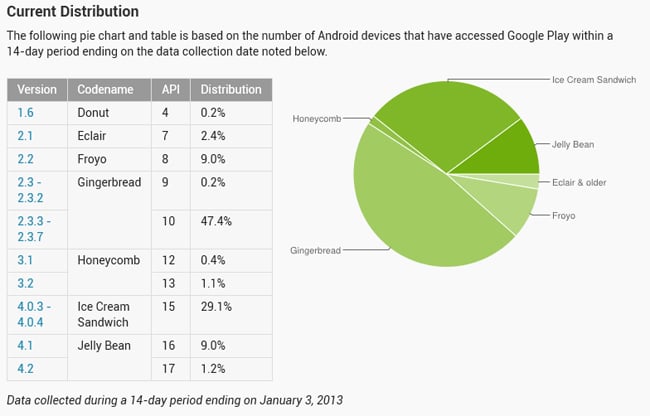 Still sitting with the largest share of the Android distribution is Android Gingerbread, which is on a total of 47.6 percent of devices, this has dropped from 50 percent last month.

The remaining share is split up with Android Froyo on 9 percent, Eclair on 2.4 percent and Android 1.6 Donut on 0.2 percent of devices, you can find out more information over at the Android Developers.