Google has told developers that they can now upload applications which feature in App billing to the Android Market for testing, although users wont be able to download these apps until next week. 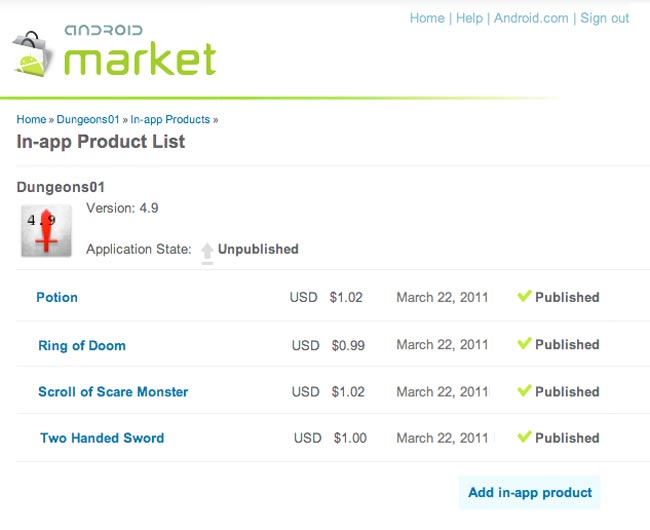 Developers can now upload the apps to the developer console, and they can also create a catalog of in app products and set prices for them. The developers are also allowed to set up accounts to test out the new in app payments for their apps.

You can find out more details over at the Android Developers Blog.