Archos have recently added a new touchscreen device to their range in the form of the Archos SoundPad, and in a similar vein a new Android MA-107 Smartbox has been created and is on sale for around $200.

The Android MA-107 Smartbox is equipped with a 7 inch touchscreen and runs Google’s Android 4.0 Ice Cream Sandwich (ICS) operating system, and is fitted with speakers either side of the main touchscreen and has been designed to provide users with an all-in-one media player. 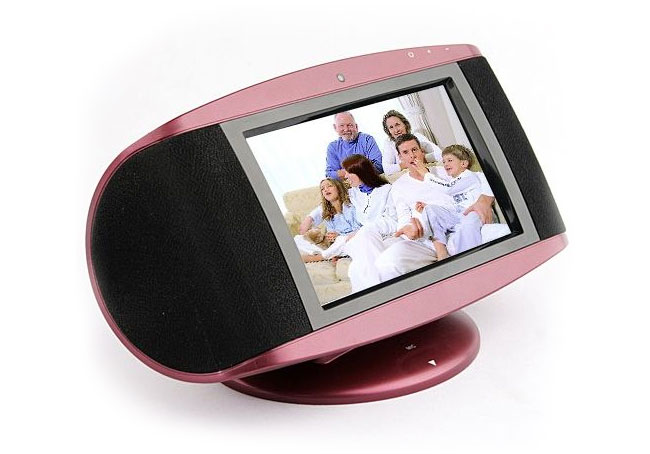 The Android MA-107 Smartbox is powered by a 1 GHz Rockchip RK2918 ARM Cortex-A8 processor supported by Vivante GC800 graphics, and 512MB of RAM and 8GB of internal memory.

The touchscreen of the MA-107 Smartbox is provided by a 1024 x 600 pixel TFT display, which has a 130 degree viewing angle, and is fitted with a built in front facing 2 megapixel camera. Other features include 2000mAh battery, mini USB port, microSD card slot, 802.11n WiFi, HDMI output, and an Ethernet jack.