We have already seen an early Alpha build of Android 4.0 running on the Samsung Galaxy S II, and now a new version has been leaked  with the version number I9000XXLPB with a date of the 29th of January.

This new version of Android Ice Cream Sandwich for the Galaxy S II is version 4.0.3 and it also features Samsung’s custom TouchWiz user interface, and this build is said to be a lot more stable that the previous version. 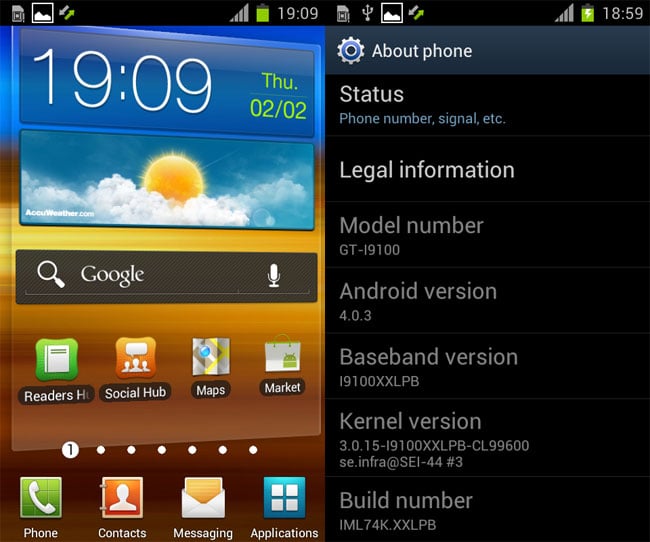 You can find out more details about this new version of Ice Cream Sandwich, for the Samsung Galaxy S II over at Sammobile.