With the official launch of Android 3.0 Honeycomb we got to see a lot of the new features in the ‘designed for tablets’ version of Google Android, one of those features is a new music player.

Many people were expecting Google to announce the Google Music store, unfortunately we will have to wait until a later date for that one, although the Android music app has had an update and you can see it in action below. 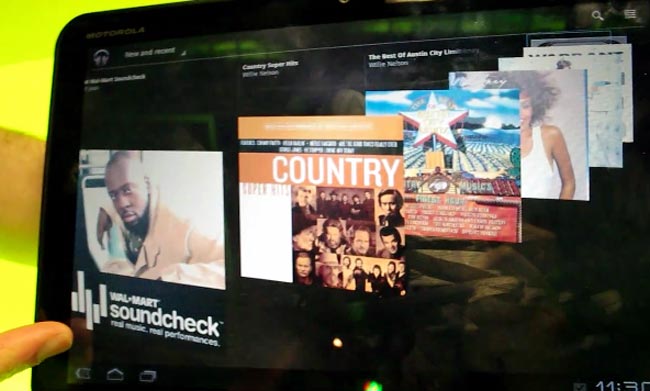 As you can see the new music app in Android features a cover flow style interface, that displays you music by albums, in a similar way to apple’s iPod app on iOS devices.

Music can also be played back through a notification window on the homescreen, and this will be accessible to third party developers so we can expect to see some exciting music apps developed for Android 3.0 Honeycomb.