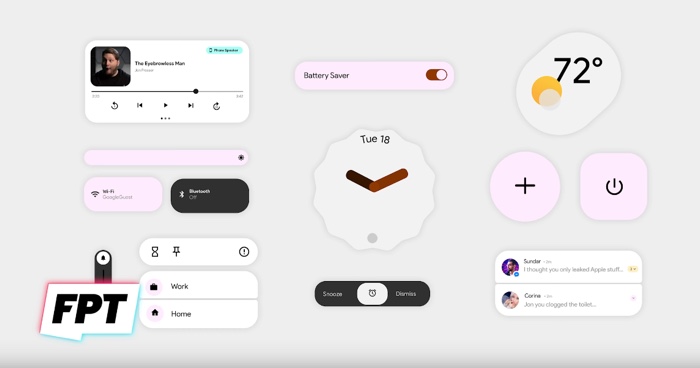 Jon Prosser from Front Page Tech recently revealed the new Google Pixel 6 smartphone and now he has also leaked a bunch of details about Android 12.

The picture above gives us an idea on what the next version of Android will look like, have a look at the video below. The video also comes with what appears to be a leaked official video from Google.

It looks like there are quite a few changes including major design changes coming to Android with the release of Android 12. We are looking forward to finding out more information about all the new features coming in the next Android release.

Google I/O 2021 starts tomorrow and takes place between the 18th and 20th of May, so we can expect to find out official details from Google tomorrow.