Amped Wireless has this week announced the launch of their new Windows 8 TAN1 Wifi Adapter, which is the first high powered Wi-Fi adapter to be released for Microsoft’s new Windows 8 operating system.

The TAN1 has been designed to connect to either a standard or micro USB port and requires no additional software to setup. Once installed the device provides users with instant long range Wi-Fi connectivity for Windows 8. 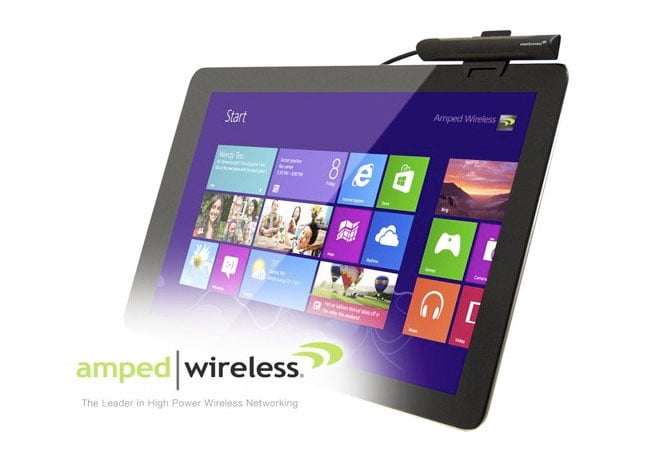 The TAN1 Wi-Fi Adapter features a compact form factor that may be used on a flat surface or safely fastened to the edge of a screen with an adjustable clip as in the image above, and is capable of being fastened to most tablets using protective cases.

Unfortunately no information on pricing or worldwide availability has been released as yet but its expected to launch early in 2013.