And they’re awesome! Fully articulated limbs and precise facial features included. University of Ozarks Sociology Associate Professor Dr. Jesse Weiss likes to make his own action figures in his spare time. We have no idea what kind of action figures he made before, but the new ones that he’s created are definitely works of art with an incredible entertainment factor to boot. 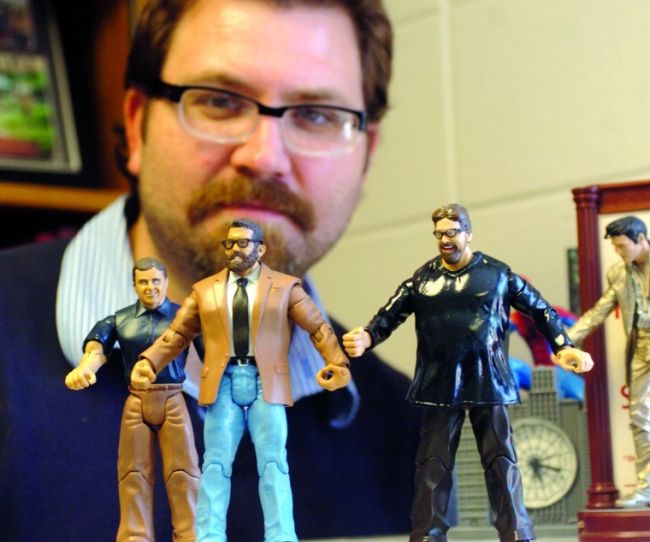 The University president and two colleagues who teach English and Biology were given the miniature treatment. It’s unclear if they carry weapons, but most likely they all have amazing powers. Amazing powers of intellect, that is.

But Professor Weiss wasn’t alone in his endeavors, as the action figures weren’t molded and sculpted by hand. Oh no, it took customizable figures from manufacturer Jakks Pacific and a lot of modeling compound to realize his vision. And his vision is staggering.

It’s unclear if the good Professor will ever sell his Ozarks faculty action figures but we’re certain that if he ever quits teaching or research, he can build action figures for a living. Heck, might as well let him design a whole new generation of G.I. Joes. The ones based on the movie sucked bad.