Amazon has decided to launch the app on Microsoft’s Windows Phone 7 platform first with Android and iOS versions to follow in the future, and the app will only work in the Seattle area at the moment. 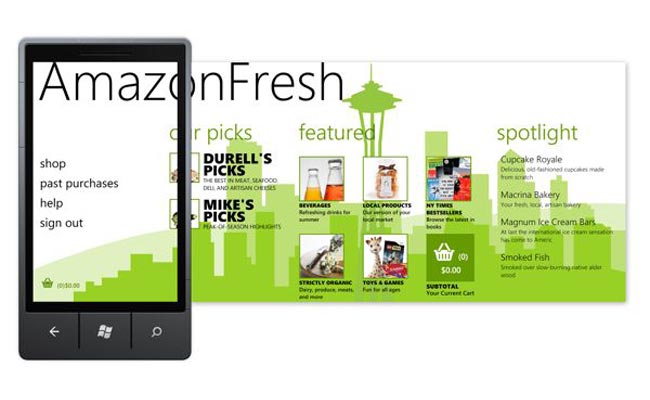 Obviously Amazon will be testing out the AmazonFresh app on Microsoft employees, of which there are around 40,000 in the Seattle region, and the app lets you order and manage your shopping.

You can find out more information about the AmazonFresh app for Windows Phone 7 over at Microsoft.