Amazon has rolled out a new update over the weekend to its Cloud Player music storage service which now allows its player client to be used to stream music to iOS devices over the web. iOS users had previously been left out of the support loop when Amazon released their new cloud streaming music service, named the ‘Amazon Cloud Player’, which beat both Google and Apple to the music cloud.

Even though the service is now playable through the devices its still a little awkward and not quite as fluid as someone would have liked. There has also been no mention of any native application being developed by Amazon for  iOS devices, and it would be interesting to see how Apple would react if one were ever to be created. 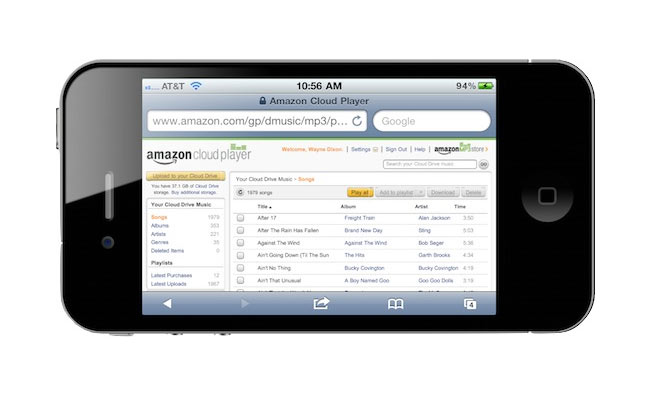 If you fancy giving Amazon’s new Cloud Music storage and player a go new customers automatically start with 5GB of cloud storage but if you require more, 20 GB will be added to your account for free when you purchase an Amazon MP3 album.

Also any new Amazon MP3 purchases saved directly to Cloud Drive are stored for free and do not count against a customer’s storage quota. More information about the new Amazon Cloud Player is available on their website.