It would appear that Amazon is looking to sell even more of its Kindle devices, and is testing out some new retail channels for its Kindle Fire tablets and Kindle e-readers.

Amazon has been testing out some new Kindle vending machines in Las Vegas, which were spotted by Geek Wire, and they were apparently seeking Kindle Fire HDX tablets, accessories and Kindle Paperwhite’s from the vending machines. 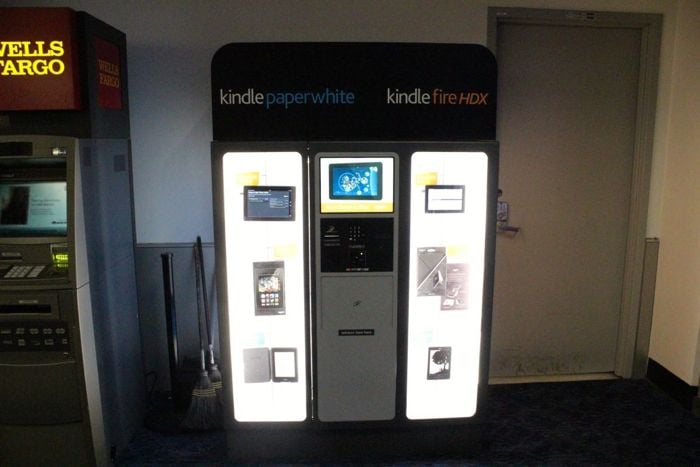 An Amazon spokesperson tells us via email that the company has made the kiosks available at a variety of locations, including events, malls and airports. “We’re very happy with the customer response so far, and are excited to give customers (like you!) another easy way to purchase accessories and also Kindle e-readers and Kindle Fire tablets,” the spokesperson said. 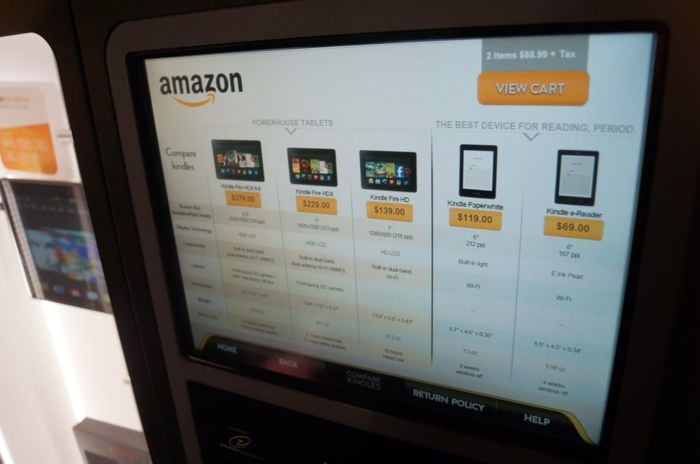 We wonder if Amazon has plans to expand sales of their devices through vending machines further, we could possibly see these pub up at railway stations and airports in the future.