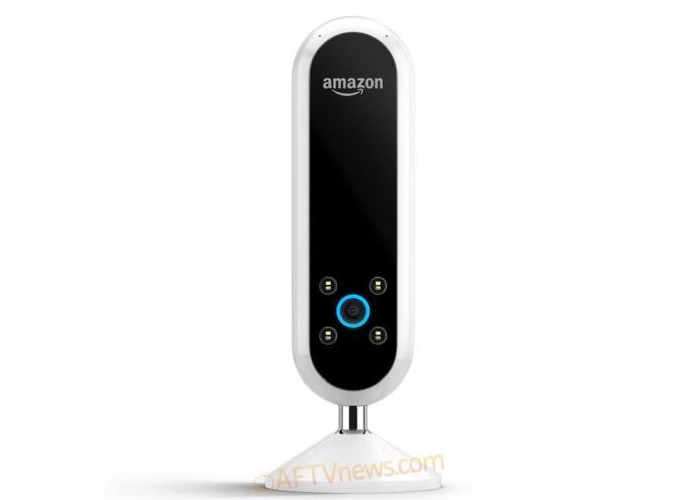 An image of a new Amazon camera has been discovered this week for an announced piece of hardware which could possibly take the form of an Amazon security camera. Similar to that offered by Nest and others which provide a live stream directly to a companion smartphone application.

As you can see from the leaked image above discovered by the AFTVnews website the small camera positioned at the bottom near the base is surrounded by what appears to be for infrared LEDs for night vision.

Although the design of the new Amazon security camera indicates that it may be an indoor camera, but this is just speculation and it could be both for outdoor and indoor use. The AFTVnews website explains a little more.

The blue light ring around the lens is certainly reminiscent of the Amazon Echo’s light ring, so it’s possible the camera will also serve as an Echo Dot of sorts. The two small openings at the top are very likely microphones and it’s not uncommon for indoor camera’s to have built-in speakers to facilitate intercom-style communication, so all the necessary hardware components could be in place to speak with Amazon’s Alexa using just the camera. Given the success of Alexa, it’s almost guaranteed the voice assistant will play some role in this new product.

As sooner more information, specifications, availability and pricing are either announced by Amazon officially or leaked, we will keep you up-to-date as always.