In case you didn’t know, there weren’t any PCs in the 60s. People in offices then went about work with typewriters and pens and all sorts of archaic artifacts.

Despite this fact, it didn’t stop Jeffrey Stephenson from taking up the challenge of building a functional PC for the 60s. He even went so far as to ask, “What if IBM had invented the PC 20 years earlier?” 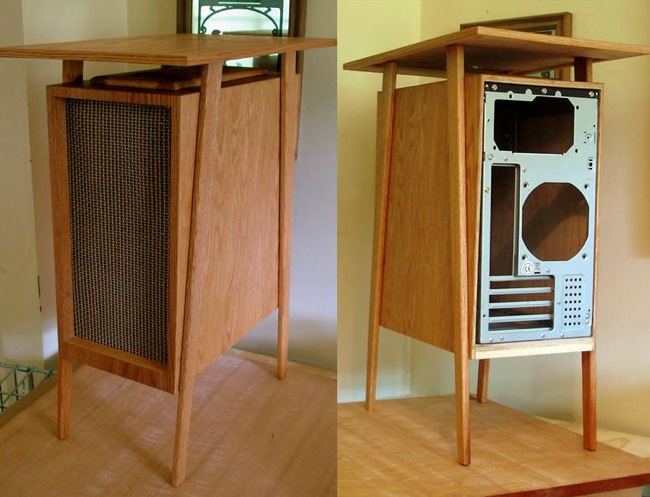 Having built PCs whose exteriors recall specific styles from modern design such as Art Deco or Machine Age, Stephenson found inspiration this time around from a pristine Danish antique desk he discovered on eBay.

Stephenson’s impetus for his latest and yet-unfinished project were the people at design hub Core77.com who initially prompted the designer/engineer to build something “Mid Century-Modern” in a May article.

Further stoking the inevitable buzz surrounding his activities, he has released a few pics of the almost-complete CPU. Judging by the pics below it looks quite promising. Those already impressed by Stephenson’s imagination rendered in furniture wait eagerly for his new project’s outcome.