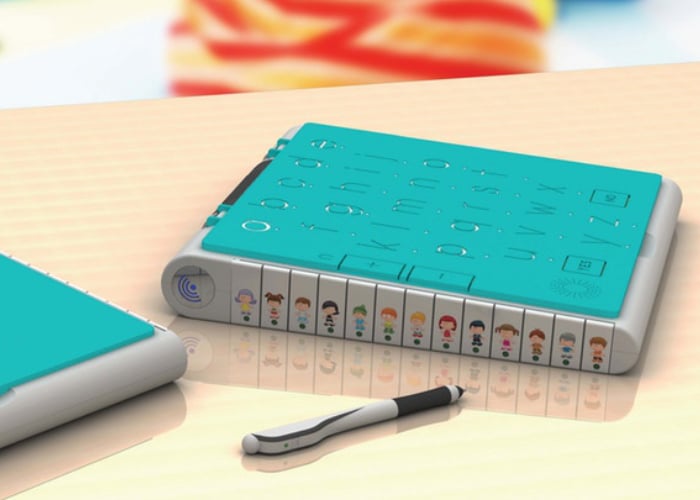 Alpha-Pad is a unique educational toy designed by a team of developers based in the UK, and created to help children with mathematics, writing, time telling and more. Watch the introductory video below to learn more about the Alpha-Pad educational toy which has this week launched via Kickstarter to raise the required £85,000 the project needs to make the jump into production.

“The Alpha-Pad (AP) is an educational toy that helps children with certain tasks such as Phonics, Capital and Small Letter Writing, Different Languages, Math, Telling Time and Cursive Style writing by the simple change of a removable Template. The AP also works with the use of LED Lights and an adjustable perforated groove which can be altered dependant on the user’s experience and confidence”

There are currently two versions in development offering both the basic and advanced : “The first version we are making is standard, there will be no interaction by the base to the user, you simply press the button for the letter you want to work on and the lights will begin to pulsate; The second version will have character interaction where once you choose a character it will set you tasks such as spelling, maths and find the letter etc. We will be working at having a dedicated website, for the Alpha-Pad, where new tasks can be downloaded for the child’s progression such as more difficult spellings and harder math problems to solve.”

For more information on the project and how you can help it develop even further and make the jump into production jump over to the official Kickstarter crowdfunding campaign page by following the link below.