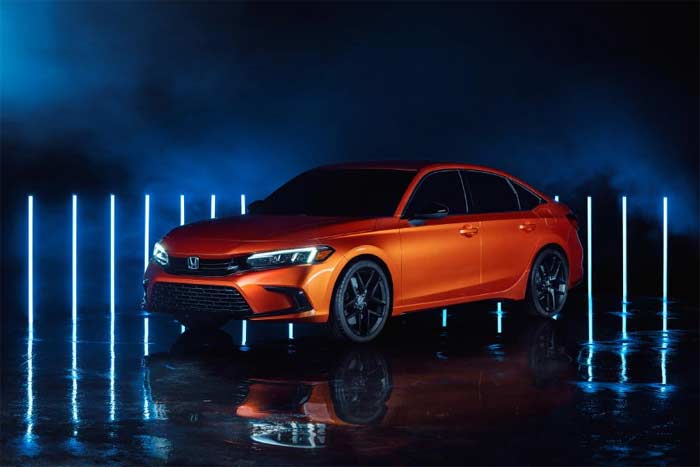 Honda is excited about updating what it calls the best-selling car in America. It has unveiled the prototype of the 2022 Honda Civic and debuted the vehicle on Twitch. While the Civic appeals to all age groups, it’s particularly appealing to younger drivers.

The 2022 Civic will get the first-ever full digital dash along with new active and passive safety systems. For 2022, the Civic line will include the all-new Sedan, Hatchback, Si, and Type R. The vehicle that was unveiled on Twitch is painted in a color called Solar Flare Pearl.

Honda says that the 11th-generation Civic takes inspiration from timeless Honda design elements, including a low, wide stance, low beltline, clean and sophisticated detailing, and an open and airy cabin. The new Civic is an attractive car that should sell well. It’s unclear when the official launch of the vehicle will be at this time.