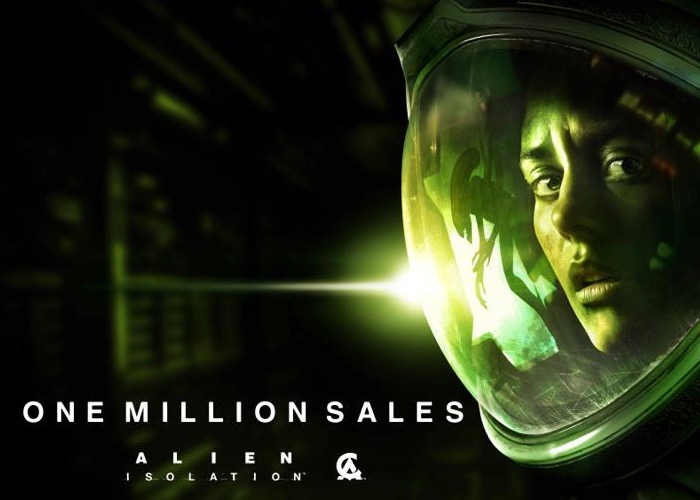 The creators, developers and publishers of the Alien Isolation game have today announced via Twitter that the game has clocked up more than 1 million sales since its launch just three months ago.

The space survival horror game that is based on the Alien franchise which started way back in 1979 with the release of the original Alien science fiction horror film directed by Ridley Scott.

The Alien Isolation game won a number of awards and was developed by The Creative Assembly and released by Sega on October 7th 2014 for PC, PlayStation 3, PlayStation 4, Xbox 360 and Xbox One.

To re-cap Alien Isolation takes place in 2137, 15 years after the events of Alien and 42 years prior to Aliens. The game follows Amanda Ripley, who is investigating the disappearance of her mother Ellen Ripley.

Within the game the Alien has been programmed to actively hunt the player by sight, sound, and smell. Watch the games trailer below to get an insight into what you can expect.

“Players are able to discover the story of Amanda Ripley as she seeks to unlock the truth about her mother’s disappearance. Aboard a decommissioned station, amongst a dwindling, frightened population, underpowered and underprepared, will she find the answers she’s looking for? How will you survive?”