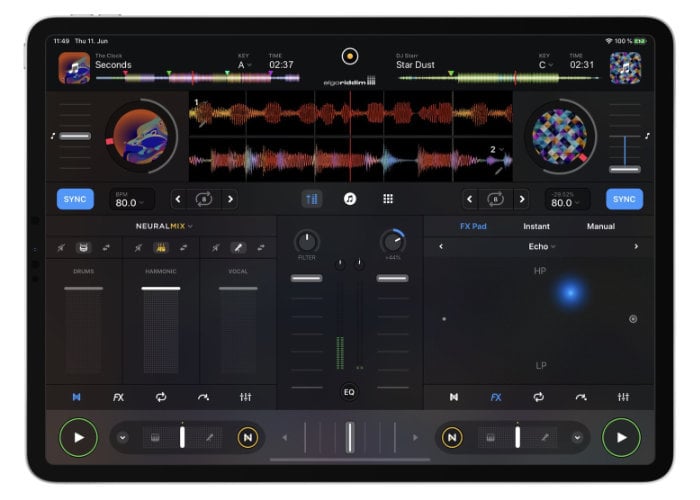 Algoriddim has released a major update for its iOS app djay, which offers both a DJ application and artificial intelligence mixer for iOS devices. The app is available to download for free and can be upgraded to the professional version from $4.99 per month what a one-off payment of $39.99.

“djay transforms your iOS device into a full-featured DJ and music production system. Seamlessly integrated with your music library, djay allows you to mix your favorite songs and playlists. You can perform live, remix tracks, or enable Automix mode to let djay create a seamless mix for you automatically. Whether you are a professional DJ or a beginner who just loves to play with music, djay offers you the most intuitive yet powerful DJ experience on an iPad or iPhone.”

“Introducing djay Pro AI! Algoriddim brings you the biggest update to djay on iOS yet and transforms DJing forever with Neural Mix: a revolutionary technology to deconstruct and mix music based on cutting edge AI. Isolate vocals, drums, and instrumentals in real-time – for the first time ever!”