Alesis has created a new range of products which it has unveiled this week, that have been specifically designed to work with Apple’s iPad tablet. The new range consists of the Alesis AmpDock and DM Dock, which enable you to either transform your iPad into an electronic drum system or amplifier.

The new Alesis DM Dock has been designed to provide your iPad with an unlimited selection of sounds, and enables you to use the iPad’s touchscreen for hands-on visual control. The Alesis DM Dock is a first-of-its-kind drum module, building upon the widely acclaimed design of the Alesis iO Dock, and unitises the iPad’s wireless connectivity. Providing a professional stage-ready module providing a wide array of professional trigger inputs and audio outputs, for around $249 and will be arriving in the second quarter of 2012. 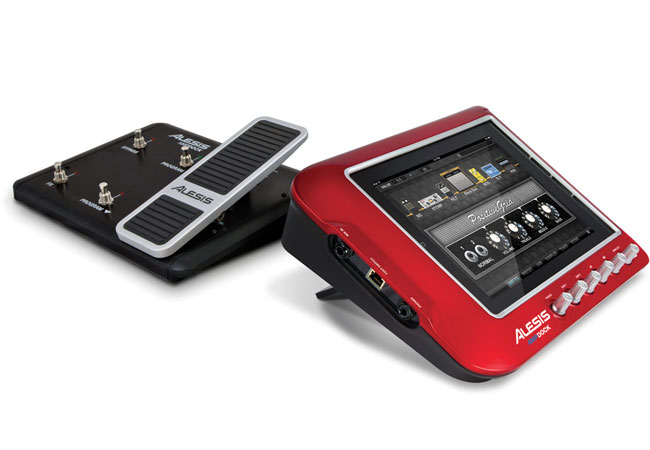 The Alesis AmpDock has been designed to unleash your guitar, and is the world’s first iOS device for guitarists that enables tonal shaping through the iPad’s processor. The AmpDock’s inputs and outputs include a 1/4″ high-impedance guitar input and an XLR-1/4″ combo input for connecting a microphone, second guitar or another instrument.

The Alesis AmpDock also includes 1/4″ outputs with Guitar/Mic and Ground Lift switches, enabling you to connect directly to your guitar amp or go straight into a PA. The Alesis AmpDock also supports software MIDI applications on your Mac or PC, via a USB MIDI port, there is also a headphone output with volume control onboard, and it will be available for around $249 and will be arriving in the second quarter of 2012.