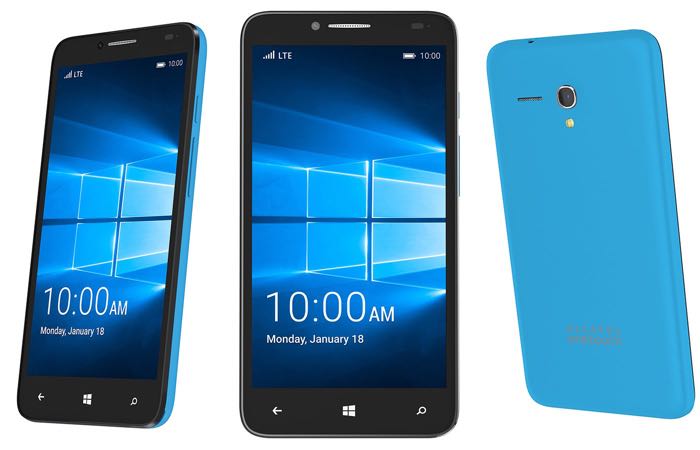 Alcatel has announced a new Windows 10 smartphone at CES, the Alcatel OneTouch Fierce XL and the handset will come with a 5.5 inch HD display.

The 5.5 inch HD display features a resolution of 1280 x 720 pixels and the device is powered by a quad core Qualcomm Snapdragon 201 processor.

Other specifications on the Alcatel OneTouch Fierce XL include 2GB of RAM and 16GB of built in storage, there is also a microSD card slot which supports up to 32GB cards.

The handset is also equipped with a 2500 mAh battery that will give you up to 14 hour of talk time and it features front and rear facing cameras.

The handset will launch on T-Mobile some time in the next few weeks and it will retail for about $140 when it launches.