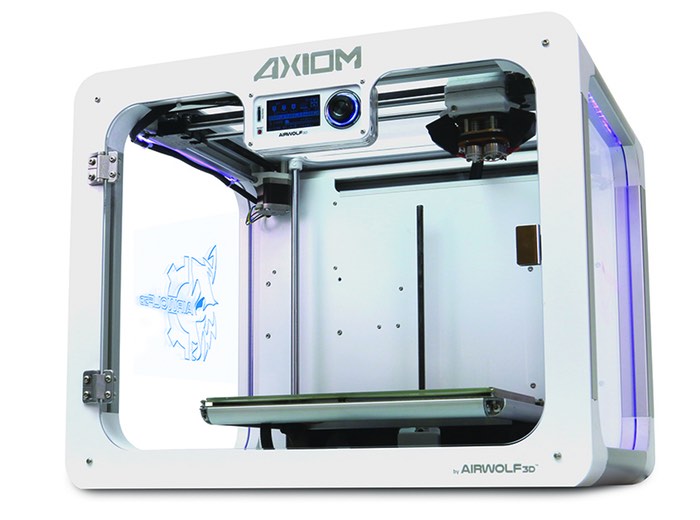 Airwolf 3D has recently announced they have created a new upgrade for their Axiom 3D Printer which provides users with dual extruders on the new Axiom 2 desktop 3D printer, allowing for two different types of filament to be used simultaneously.

The Axiom 2 3D printer offers users a printing volume of 12 x 18 x 9.5” and features an auto levelling heated bed as well as easy feed filaments loading to make printing as easy and painless as possible.

The new dual head extruder will be showcased at this months Pacific Design & Manufacturing 2016 Show that starts on February 9th and runs until the 11th at the Anaheim California convention centre. 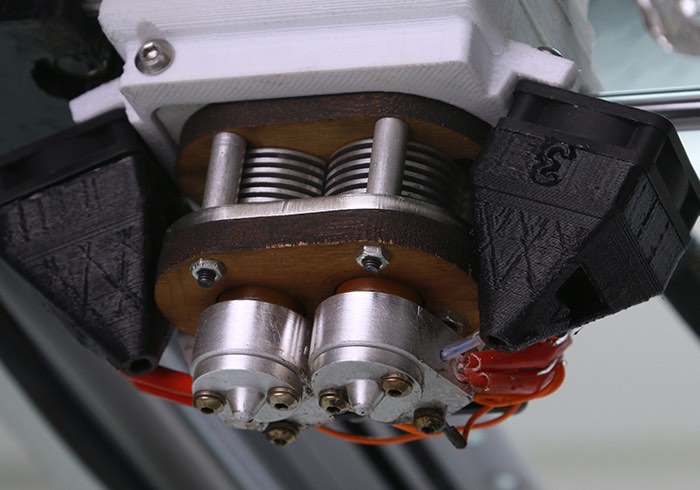 The AXIOM 2 sets the new standard in multi-material desktop 3D printing. We can independently control the temperature of two separate, high temperature, print heads to create material combinations not previously possible such as polycarbonate and ABS hybrid parts having high rigidity in some areas and ductility in others.