The good news is an airship revolution is going to sweep the world in the coming decade. The bad news is once it begins, a lot of us will live in a world not far removed from Sky Captain and the World of Tomorrow. Ugh, that movie was awful. It would be great if the next generation of airships could launch turbo-prop planes like in the old days. Adventure! 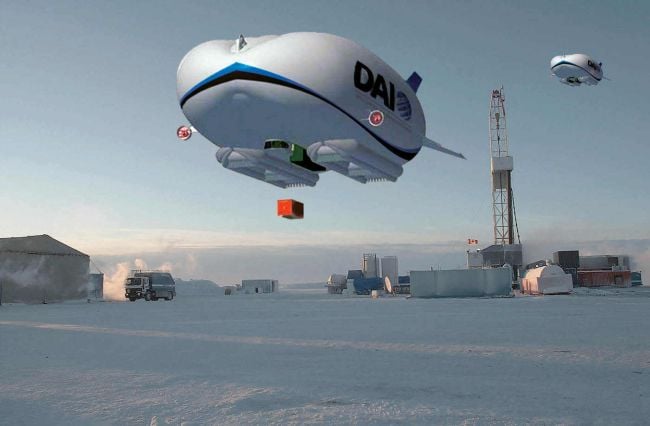 Moving on, a British company is making it known that when it comes to future North Pole related operations, it has the know how and the skills to build the right airships for the job.

The company, Hybrid Air Vehicles, is partnering with Canadian firm Discovery Air to build the logsitical arm for ‘Northern Operations.’ The resulting machines, as pictured above, are impressive.

Not only are they capable of landing on rugged terrain, but they don’t need a fuel supply and are safer to sent to the harsh clime of the North. They’re also serious cargo vessels, capable of hauling 50 tonnes across vast distances.

We really like this kind of news. It’s proof that even in our hyperglobalized world there remain unconquered frontiers to test the spirit of man.