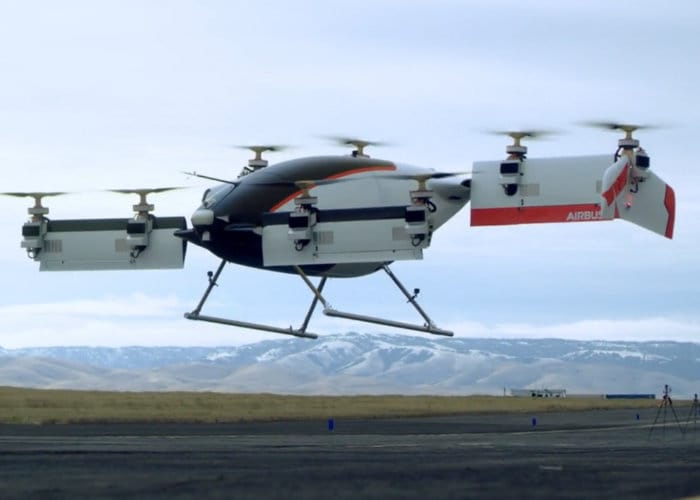 Last month Airbus carried out the first flying tests of its new Airbus’ drone taxi which took to the air for the first time since its inception. The new drone hovered above the ground for just a few seconds, but this marks a massive milestone for Airbus who have been developing the autonomous air taxi for some time. To learn more about the Airbus’ drone taxi watch the quick overview video below.

Today Airbus has released new footage of the first flight which took place in January 2018 which can be viewed embedded on the Engadget website by following the link below. The drone was in the air at the height of 16ft for a total of 53 seconds without the input of a human operator. The drone taxi is being developed by the Airbus’ Vahana team who are leveraging new and emerging technologies such as electric propulsion and machine vision to “democratise personal flight.”

Unfortunately, Airbus has not revealed any details on when the drone taxi will be available for flights, but the company is edging closer to making a commercially viable drone taxi service. As always as soon as any more information is announced or videos released we will keep you up-to-date as always, But for now, jump over to the official Airbus website for more details on the drone and its development.