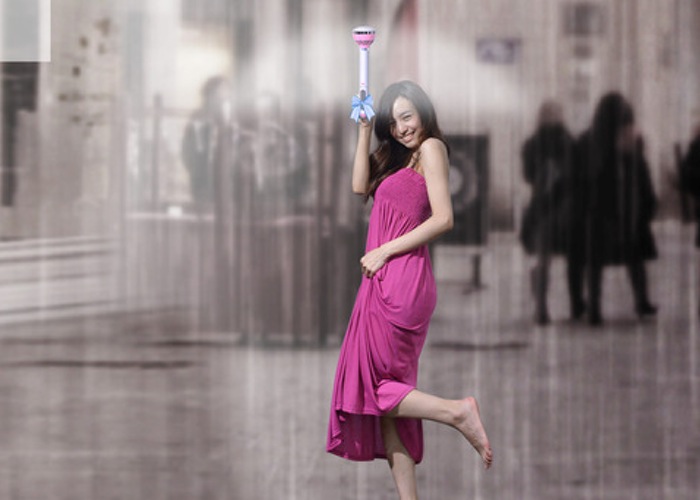 The humble umbrella has been around in its current form for hundred of years and may have first been used in China more than 2400 years ago, until the Air Umbrella.

Now a new Chinese company is looking to launched a next-generation umbrella called the Air Umbrella which uses jets of air to create an invisible canopy over the user. Watch the video after the jump to see it in action.

I’m not quite sure how anyone standing nearby is going to feel about being sprayed by water which is blown out of the way by the air jets of the Air Umbrella. But the Air Umbrella has been designed to be easily scalable and is capable of providing from 50 – 80 cm areas of cover.

The Air Umbrella weights roughly 850 grams and is equipped with a battery that can power it for around 30 minutes and is currently over on the Kickstarter crowd funding website looking to raise $10,000 in pledges to make the jump from concept to production.

“Air is everywhere on the earth. The flowing air can change the moving path of the object. The faster the air moves, the greater the energy is. The jet airflow can isolate some objects. So when we make use of the airflow, we can protect ourselves from the rain drops. Then the airflow forms an umbrella without a visible cover. “

I’m am far from sold on the idea but if you think the Air Umbrella is something you could benefit when the rain comes down, without drenching anyone near you, visit the Kickstarter website now to make a pledge and help Air Umbrella become a reality.