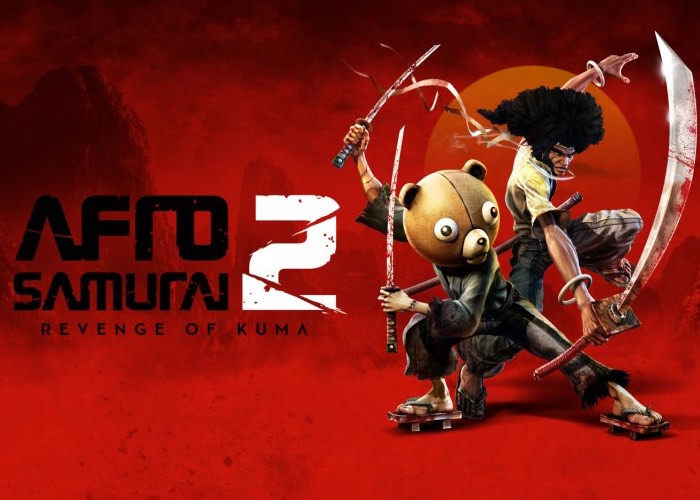 Fans of the Afro Samurai will be pleased to know that the new Afro Samurai 2: Revenge of Kuma Volume 1 game will be arriving on PlayStation 4 later this month on September 22nd 2015.

Providing PlayStation 4 gamers with a chance to experience the gameplay before any other platform. Lance James Community Director at Versus Evil has taken to the PlayStation blog this week to reveal more about the game as well as release a new trailer to whet your appetite before the game’s official launch.

Afro Samurai was originally a Japanese manga created by revered artist Takashi Okazaki. The story centered around this cool looking character called Afro Samurai. As a young child he witnesses his father being brutally murdered, all for the sake of the #1 headband (believed to give the wearer super powers). As he grows up, he is driven by an insatiable desire to avenge his father’s death, a desire that ends up getting a lot of innocent people — people that he would call his family — killed in the process.

It’s a dramatic, tragic story, full of action and a lot of brutal combat. Needless to say, the opportunity was ripe for the picking, and after being picked up by GONZO, the original story was turned into a cult animated TV series which aired on SPIKE TV, and also a video game. Fast forward several years and fans have almost been starved of any new piece of content that they could consume. Until now. Indie dev studio Redacted got the rights to breathe new life into Afro Samurai, and they’ve breathed a whole lot of action packed slicing and dicing into it as well!

Afro Samurai 2: Revenge of Kuma is the action-packed sequel to the original story and picks up where the first game left off. However this time the story follows the path of Kuma, a cybernetically enhanced killing machine with a bear’s head who was actually once Afro’s closest childhood friend called Jino.

Versus Evil has also announced that PlayStation gamers will be able to get a special discounted Trilogy bundle containing all 3 volumes of the game for 20 percent off the regular retail price, and PlayStation Plus members will get the bundle for 30 percent off.