Affectiva have unveiled a new version of their mood sensing technology Q Sensor 2.0. Affectiva’s sensor is worn on the wrist and the latest version is now equipped with wireless Bluetooth, enabling the device to broadcast your mood across the Internet, and could then be incorporated into games and applications, says its creators.

While wearing the Q Sensor 2.0 the device measures your temperature and movement, together with electrodermal activity, which is an electrical change in the skin that varies with activation of the sympathetic nervous system. 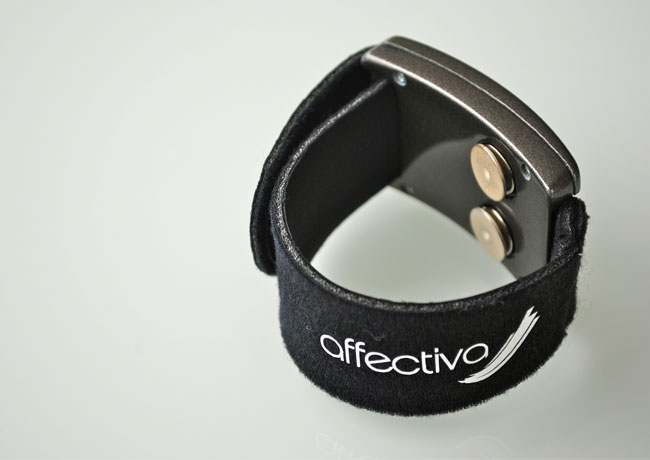 “companies have gone from measuring presence and location and are now looking to understand how people are feeling. He said when done in the right way, with clear opt-in and transparency, people like to share their feelings. He said while Affdex [the software product] is initially being used as a marketing tool, he sees a bright future in social networking and online gaming.”