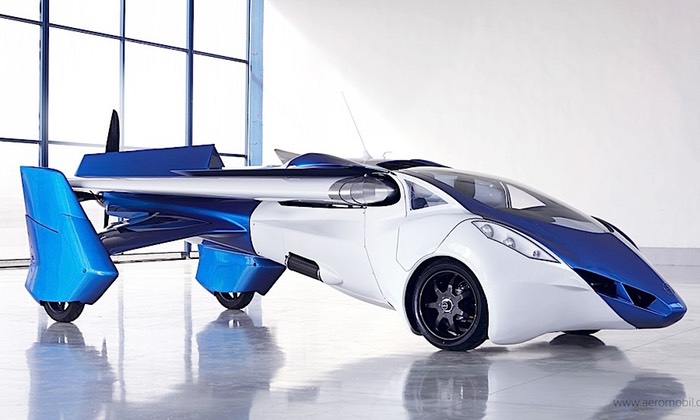 Flying cars have been one of the dreams for designers and engineers over the last 70 years but have never actually made the jump from concept into production.

One company is hoping to change this with the creation of the AeroMobil flying car that the company says will be able to allow consumers to take flight in 2017 with autonomous versions to follow shortly afterwards.

Whether the AeroMobil 3.0 flying cars will catch on is unknown, however the third generation prototype that was unveiled last October will soon make the transition from prototype to consumer vehicles in the coming years. AeroMobil CEO Juraj Vaculik announced the 2017 date and explained that the new flying car concept will be aimed at affluent enthusiasts.

Watch the video below to see the interior of the new flying car and how the wings are extended for flight, as well as seeing the the flying car prototype take off and land.

“The current flying car prototype AeroMobil 3.0 incorporates significant improvements and upgrades. It is now being tested in real flight conditions since October 2014. Initially certified by the Slovak Federation of Ultra-Light Flying, it now entered a regular flight-testing program.

For more information on the new AeroMobil flying car jump over to the AeroMobil website for details via the link below.