After nearly four years of not being available on Apple iOS devices Adobe is now looking at alternative methods of encoding their Flash video to enable it to play back on Apple iPad 2 and other iOS devices using HTML 5.

This sneak peak of Adobe’s future technology demonstrates how publishers will be able to stream from Adobe Flash Media Live Encoder through an Adobe Flash Media Server out to the Motorola Xoom tablet and Apple’s iPad tablets. Watch the video after the jump to see the method in action. 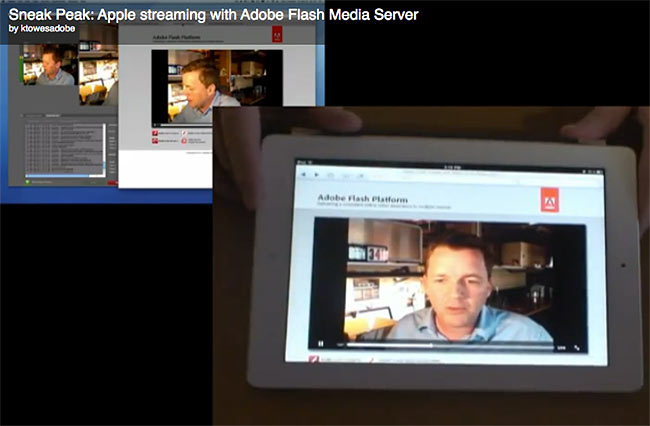 The new support will allow flash to play even on device where Flash Player is not installed. For example : Flash video viewed in Chrome via a PC or Mac might use Flash Player if installed, but the same video on an iPad would stream the video using 4F4 over HTTP.