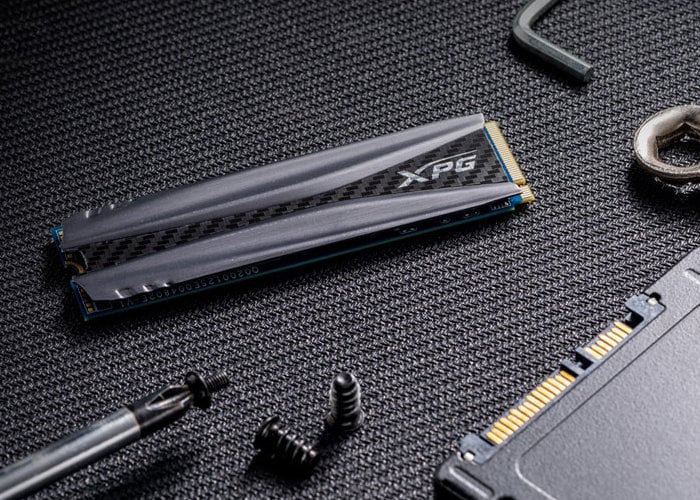 Computer hardware manufacturer ADATA has announced the imminent availability of its new ADATA XPG GAMMIX S50 PCIe Gen4 SSD storage. Designed to utilise the next generation PCIe Gen 4 x4 and implement the NVMe 1.3 standard. The new solid-state drive delivers blazing-fast read/write performance of 5000/4400 MB per second and is available in capacities up to 2 TB.

Features include an aluminium heat sink for excellent heat dissipation, 3D Flash memory SLC caching, a DRAM cache buffer, End-to-End Data Protection, and Low-Density Parity-Check (LDPC) error correcting code technology. “Sporting the latest PCIe Gen 4 x4 interface, the S50 offers speeds that are up to it ten times faster than a SATA SSD and is fully compatible with PCIe 3.0. In combination with SLC caching, a DRAM cache buffer, the S50 delivers sustained read/write speeds of up to 5000/4400MB per second and random read/write of up to 750K/750K IOPS.”

Unfortunately, no information on pricing or worldwide availability has been released as yet by ADATA for the new XPG GAMMIX S50 PCIe Gen4 SSD, but as soon as information comes to light, we will keep you updated as always. “The S50 supports LDPC error correcting code technology to detect and fix a wider range of data errors for more accurate data transfers and a longer SSD lifespan. In addition, with E2E (End-to-End) Data Protection and RAID Engine support, the S50 ensures data security and integrity.”