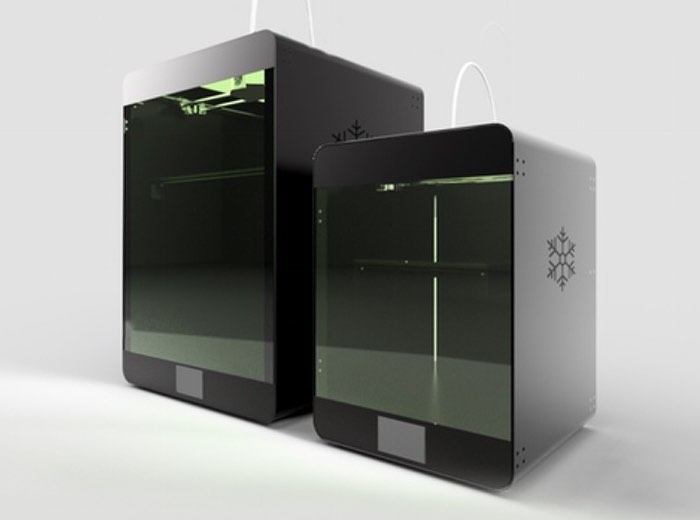 After first being unveiled back in September of this year the new Adam All-in-One 3D Printer, Laser Cutter, Engraver and CNC Mill has now finally launched on Kickstarter looking to raise €100,000 to make the jump into production.

The four function machine is equipped with a modular tool head system that allows you to quickly swap out the head you require with minimal fuss.

Watch the video below to learn more about the features and inspiration behind the desktop manufacturing system which comes equipped with a 3D printing module that offers 0.4 mm nozzle and uses 1.75 mm filaments. its developers explain a little more.

After presenting Adam a few weeks ago, we have decided to present a new version, the Adam +: it is the largest all-in-one 3D printer in the world. If you think that the working area of Adam is small, then Adam + is the most suitable for you. Indeed, the printing’s volume is 30x30xH47,5 cm, which constitutes an enormous working area also for the other processes,such as laser/engraving and 3D scanner. Everything is always very compact thanks to the all-aluminum chassis.

Adam combines in a single machine the 3D printing, laser cutting/engraving, 3D scanner and much more.  The idea of the  Northype team was to create a product easy to use, with a hypothetically infinite potential, a product of dreams for every true creative at a price accessible to many.

For more information on the new Adam jump over to the Kickstarter website for details via the link below.