Years ago, Acura produced a sports car that performed exceptionally well called the NSX. The car was discontinued after a run of several years and Acura is said to bring the car back in a completely new form. Acura showed off a prototype of the car over the weekend during a race at the Mid-Ohio Sports Car Course in Lexington, Ohio. 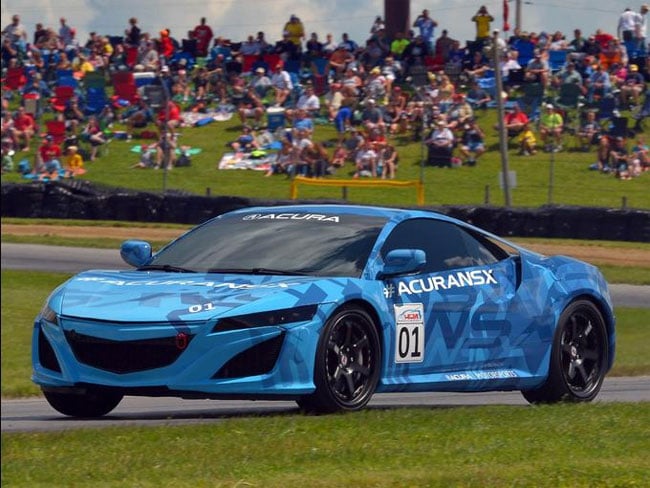 The NSX prototype made a lap of the racetrack ahead of the Honda Indy 200. The course the NSX raced around is a 2.4 mile road course. It’s unclear if the driver of the NSX prototype was pushing hard or merely cruising around the track.

I suspect the lap was rather slow with no real attempt to put speed into the mix. Still, this is one of the first public looks at what the new NSX will be like when it launches. “With leadership from our R&D and manufacturing teams here in Ohio, we are developing a next generation sports car that will be equally at home on the street and on the race track, so it is natural for us to showcase the prototype vehicle here at Mid-Ohio,” said Ted Klaus, chief engineer of Honda R&D Americas, Inc.”