However as thought last month Acer has now announced that their new Acer Iconia Tab A110 will soon be shipping, but with Google’s latest Android 4.1 Jelly Bean operating system installed. 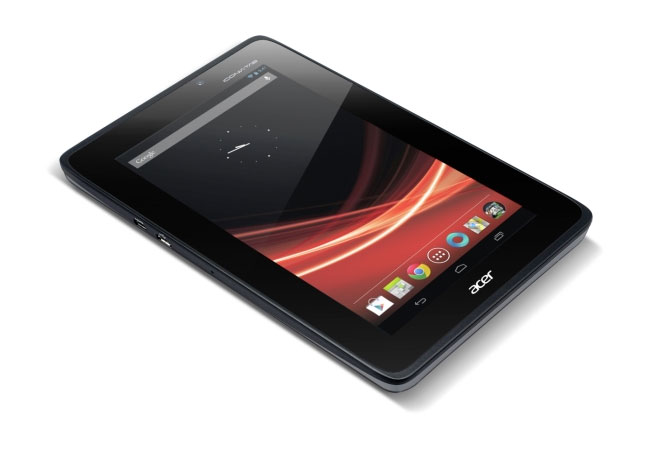 Re-cap the Acer Iconia Tab A110 Android 4.1 Jelly Bean tablet will be powered by a 1.2 GHz NVIDIA Tegra 3 quad-core processor, supported by 1GB of RAM.

Storage on the Iconia Tab A110 is provide by 8GB of onboard memory, and connectivity is providing by 802.11b/g/n WiFi and Bluetooth 3.0. Unfortunately no information on pricing or an exact release date has been released as yet Acer, but as soon as information comes to light we will keep you updated as always.