The Acer Iconia Tab A110 which was first unveiled back in Computex during June of this year, was originally thought to be shipping with Google’s Android 4.0 Ice Cream Sandwich (ICS) operating system.

But now listings on the eBuyer.com website are revealing the device might be running Google’s latest Android 4.1 Jelly Bean operating system, which is sure to please anyone that is waiting to get their hands on the new Android tablet when it launches. 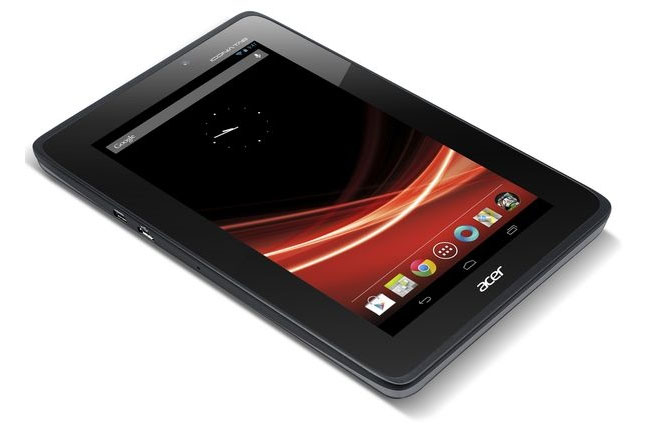 To recap the Acer Iconia Tab A110 is powered by a 1.2 GHz NVIDIA Tegra 3 quad-core processor, supported by 1GB of RAM. Storage is provide by 8GB of onboard memory, and connectivity is providing by 802.11b/g/n WiFi and Bluetooth 3.0.

The Acer Iconia Tab A110 also sports a HDMI port, microSD card slot and its battery is good for around 7.5 hrs of use says Acer. Unfortunately no information on pricing or worldwide availability has been released as yet Acer, but as soon as information is released we will keep you updated as always. However it is rumoured the tablet will be priced under $200.