Acer has launched a new Android smartphone, the Acer Liquid E3 which is a budget device that will retail for 199 Euros without a contract. 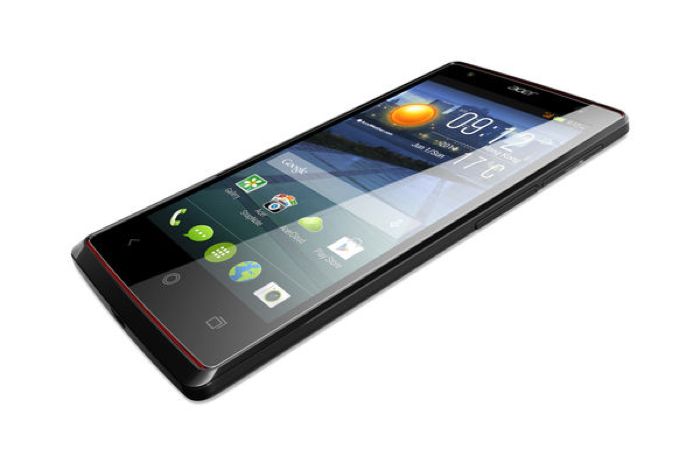 With Acer SnapNote, users can capture stage presentations with automatic angle correction and PDF/PPT conversion making it easier than ever to take notes during a business meeting. AcerFLOAT™ User Interface also allows app windows to stay open, so users can multitask without having to back out of one app to work on another. The press of the multitask key brings up the Float Apps where opened apps on a translucent screen float over the function being used. It is easy to access or toggle between apps like the camera, maps, calculator, notes and browser. A Float Caller notification ensures that users will not be interrupted by incoming calls that take over the full screen. When a call comes in, the Float Caller mini-window pops up and the user can choose to take the call or reply with a quick message.

Other specifications in the Liquid E3 include a quad core 1.2Ghz processor 1GB of RAM and 4GB of built in storage, the device also features front and rear facing cameras.

The Liquid E3 will launch with the latest version of Google’s mobile OS, Android 4.2.2 KitKat, and the handset will be available in Europe in April, there are no details as yet on when it will launch in the US.