In addition to the Acer Aspire P3 and Acer Aspire R7 devices unveiled by Acer this week, a new tablet has also been unveiled in the form of the Iconia W3 tablet

Unfortunately for Acer the new Iconia W3 tablet also leaked on to Amazon for $380, and revealed that the new tablet is equipped with a 8.1-inch 1280 x 800-pixel CrystalBrite LCD display. 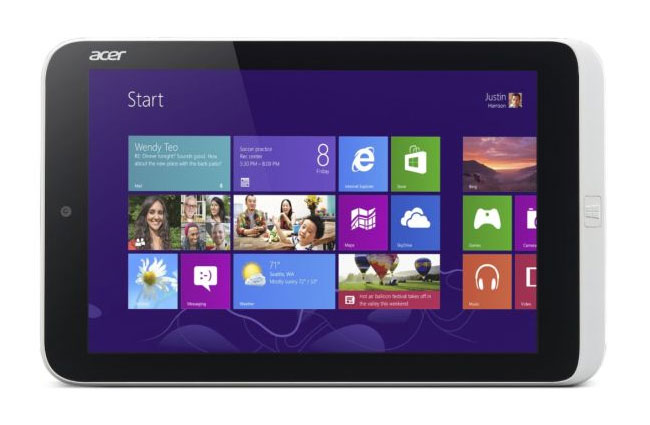 The Acer Iconia W3 was also listed with 64MB of memory, 32 gigs of internal storage, 2GB of RAM, 802.11a/b/g/n WiFi, with a 2 megapixel front facing camera for video calling, and a 2 megapixel rear facing for video and photographs. As well as a 3500mAh battery for up to 8 hours of run time.

However the listing on Amazon might not be fully reliable as the listing also had the Iconia W3 tablet’s processor listed as a “1.5 GHz Apple A4”.

Unfortunately no information on pricing, official specifications or worldwide availability has been released as yet, but as soon as information comes to light we will keep you updated.