The last thing we heard about the new Acer Iconia Tab A510 tablet was that it would be available in Europe some time in April, but now it would appear that the device may launch in Europe next month.

There will apparently be a WiFi only version of the Iconia Tab available in France next month, with the rest of Europe shortly after and the device is reported to retail for around 500 Euros. 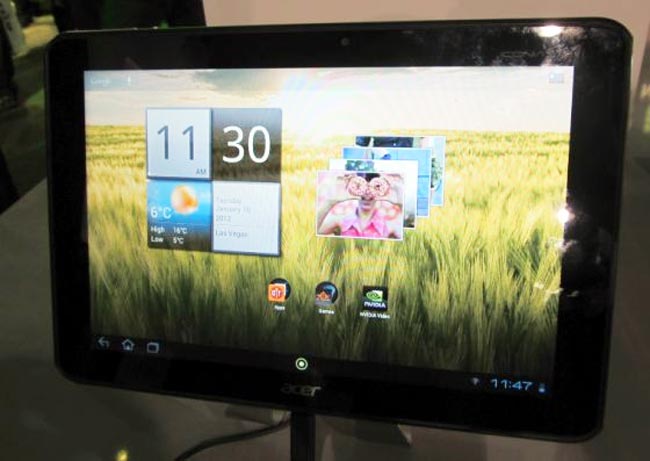 As a reminder, the Acer Iconia Tab A510 will feature a a 10.1 inch multi-touch touchscreen display with a resolution of 1280 x 800 pixels, and the device is powered by a quad core 1.3GHz NVIDIA Tegra 3 processor.

Other specifications on the Iconia Tab A510 include  1GB of RAM and a choice of 16GB, 32GB or 64GB of built in storage, it will also feature a microSD card slot, a mini-HDMI port and a mini-USB port.

Ad soon as we get an exact launch date for the UK and the rest our Europe we will let you guys know.