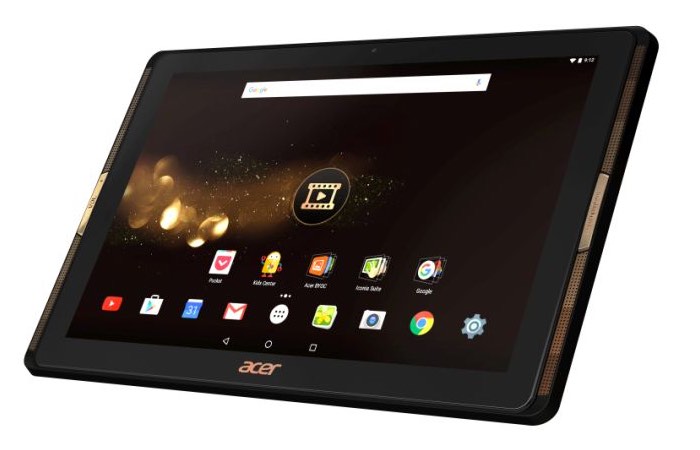 After being unveiled last month the new Acer Iconia Tab 10 Android tablet is now preparing to be available next month price at around $250. To recap the Acer Iconia Tab 10 is equipped with a 10 inch screen offering users a resolution of 1920 x 1200 pixels.

Acer has equipped the Iconia Tab 10 tablet with a quad-core MediaTek MT8163A ARM Cortex-A53 processor that is supported by 2GB of RAM with graphics provided by a Mali-T720 chip.

Storage on the new tablet will be available in both 16 or 64 GB options although the tablet does feature a handy microSD card slot that can be used to expand its storage even further if required. Connectivity is provided by both Bluetooth and wireless 802.11ac support. While onboard cameras take the form of a 2 megapixel front facing camera for video calling, together with a 5 megapixel rear facing for video and photographs.

Acer has also equipped the Iconia Tab 10 with a 6,100 mAh, 22.57 Wh battery that is capable of providing power for up to 8 hours on a single charge. Check out the video below for more details. The Acer Iconia Tab 10 A3-A40 tablet comes pre-installed with Google’s Android 6.0 Marshmallow operating system and is currently making its way through the FCC. For more details jump over to the official Acer website.