Last month Acer announced their latest Android tablet, the Iconia Tab A110, which is expected to go on sale some time in quarter three, and it looks like it is getting closer to release as the device has just appeared at the FCC.

The Acer Iconia Tab A110 comes with Android 4.0 Ice Cream Sandwich, and features a 7 inch touchscreen display, and it is powered by an NVIDIA Tegra 3 processor. 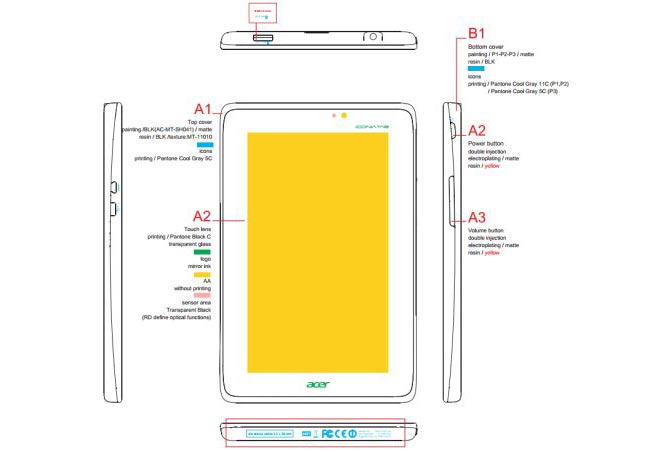 The 7 inch display will feature a resolution of 1024 x 600 pixels, and it will also come with 1GB of RAM and 8GB of built in storage.

Acer have not announced the exact pricing for the Iconia Tab A110, although when the device was announced, Acer said that it would retail for under $200, as soon as we get some more details and an exact launch date we will let you guys know.