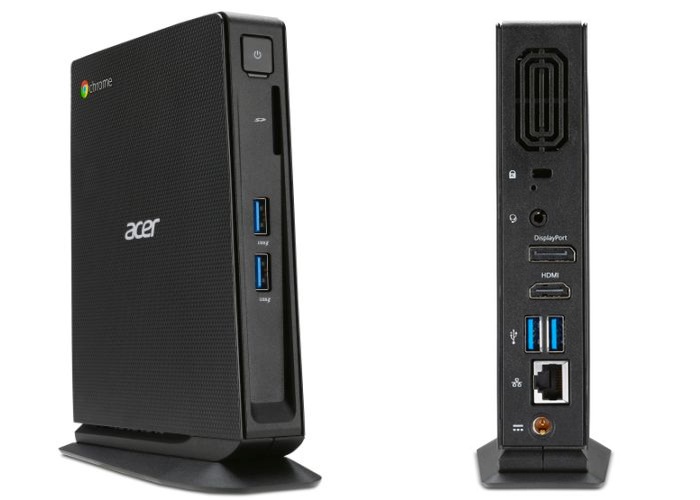 Back in August, Acer announced its own desktop powered by Google’s Chrome operating system. If you’re waiting for the Acer Chromebox CXI, you be glad to know that its now available for sale in the United States.

Acer Chromebox CXI comes with a very decent set of specifications, which are good enough to make sure Chrome operating system runs like a charm.

The Chromebox features Intel Celeron 2957U Haswell processor clocked at 1.4GHz with either 2GB or 4GB of RAM. There’s 16GB of internal storage in both versions. The Acer Chromebox also features four USB 3.0 slots, Gigabit Ethernet, 802.11a/b/g/n Wi-Fi, Bluetooth 4.0, a HDMI and Display port, SD card reader, and an audio jack. The model with 2GB of RAM costs $180, while the 4GB variant of the Acer Chromebox comes with a slightly higher $220 price tag.

The desktop is available at various retailers in the region, but some of those stores including TigerDirect, PC Mall, Newegg, and Rakuten are charging a little higher for the desktop, as per Liliputing’s Brad Linder.

There are other cheaper options available as well, such as HP Chromebox, but it’s totally up to you to decide. Are you going to get the Acer Chromebox or will opt for a portable Chromebook?