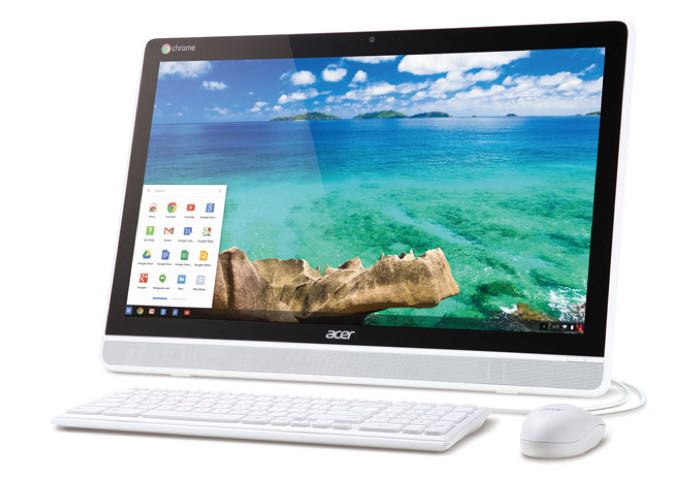 Acer has this week announced the launch of their new Acer Chromebase all-in-one desktop PC, that was first unveiled during April of this year and is equipped with a 21.5 inch display and supplied running Google’s Chrome operating system.

LG has already launched their version of an all-in-one desktop running Google Chrome and Acer says their systems will be available throughout the US next month priced from $330.

The Acer Chromebase is powered by an NVIDIA Tegra K1 processor supported by 4GB of RAM and includes 16GB of internal storage, together with support for connectivity via both 802.11a/b/g/n WiFi, and Bluetooth 4.0.

Ports on the new Acer desktop computer include USB 3.0, USB 2.0 and HDMI and the 21.5 inch touchscreen IPS display provides a resolution of 1920 x 1080 pixels. Although to purchase the touchscreen version of the Chromebase prices start from $430.

Acer has also added a kickstand on the rear of the system that allows users to adjust the display angle from 15 to 75 degrees to obtain the optimum viewing angle frothier different needs. For more information, full pricing and specifications on the Acer Chromebase desktop systems jump over to the official Acer website.

The new Acer Chromebase comes with a Full HD resolution, 178-degree viewing angle display which incorporates 10-point touch technology2 , enabling more than one user to work, play and interact together.

The device boots up in 10 seconds, and has multiple layers of security built-in with automatic system updates. Chrome OS supports multiple users and accounts while photos, videos, music, and documents are all synchronized and backed-up with the user’s Google account.