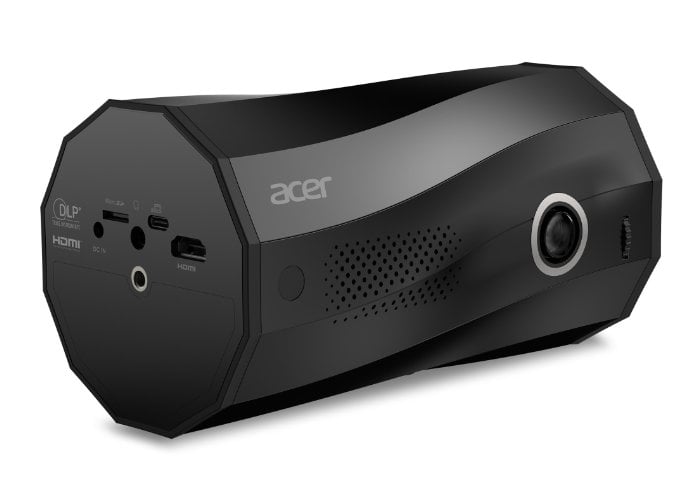 At IFA 2019 this week Acer has unveiled its new freestanding wireless any angle projector in the form of the Acer C250i Projector which will be available to purchase in January 2020 priced at $499. The Acer C250i projector offers users a resolution of 1920 x 1080 pixels, a 5,000:1 contrast ratio, and 300 ANSI lumens brightness. Check out the promotional video below to learn more. 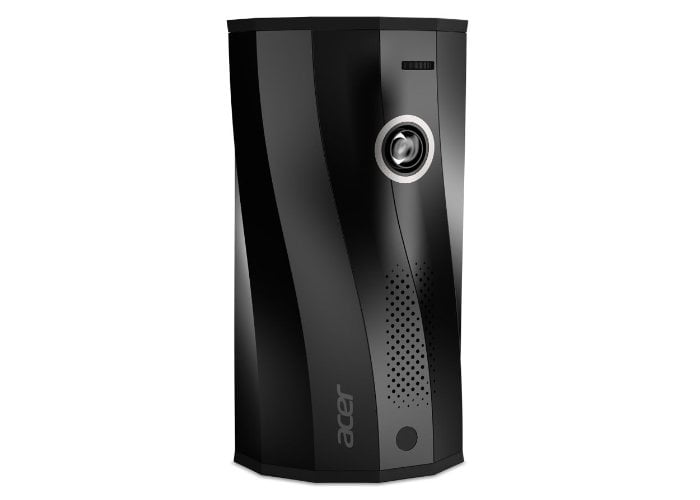 Unlike other projectors limited to horizontal throws, the C250i supports stand-free multi-angle projection thanks to its unique twisted roll design. Placed on its side, users can “roll” the projector to find the best angle for viewing content on the wall or ceiling. Using the projector in its vertical orientation allows users to project horizontally and activates the auto-portrait mode.

“The Acer 250i is a free-standing wireless, any-angle projector. It is the first projector to be able to automatically switch to portrait mode for viewing and sharing social media in Full HD color. The elegant wave design projects sounds throughout the space using the Bluetooth speaker.”

Features of the new Acer projector include :

– The Acer C250i is a Full HD portable LED projector designed to project smartphone content anywhere, anytime
– Its unique and elegant cylindrical design with multiple planes allows it to broadcast imagery on walls, ceilings or any surface without a stands or tripod
– It supports the world’s first auto-portrait mode so settings don’t require adjustment to mirror the smartphone’s screen orientation without black bars on the side
– The portable LED projector needs no time warming up and features an LED module that lasts up to 30,000 hours
– For medium-sized exhibition venues or meeting rooms, Acer also announced the PL1 series 4,000 lumen[2]-laser projectors