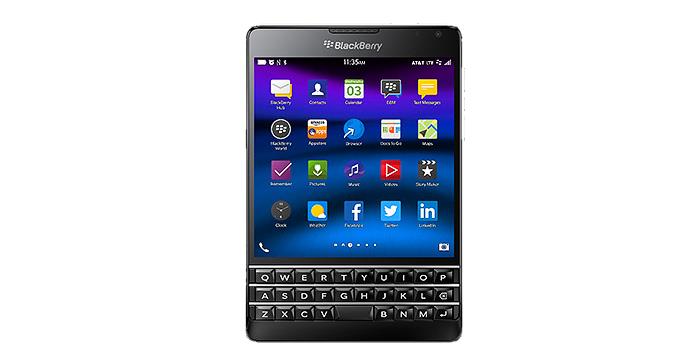 BlackBerry has released a couple of devices in the last few months, including the odd-looking BlackBerry Passport, which is already available online, but in unlocked flavors.

Recently, the company announced a redesigned version of the BlackBerry Passport which will be exclusively available from AT&T in the coming weeks.

Rather than square corners, the redesigned BlackBerry Passport will feature rounded corners. It’s not a big change, but is visible as soon as you spot it. There are no changes as far as the internals are concerned, it’s the same device which launched a few months back.

“The BlackBerry Passport is ideal for the power professional who wants an innovative wireless device focused on productivity,” said Jeff Bradley, SVP, Device Marketing and Developer Services, AT&T. “Available first on the AT&T network in the U.S., customers will benefit from the newly redesigned Passport’s enhanced features, including a wider screen, 32 GB of storage, and a 3450 mAh battery.”

It’s not just the BlackBerry Passport, the carrier will also sell the BlackBerry Classic for $49.99 with a two-year agreement, or $419.99 off-contract.

There’s no exact availability date available at the moment, but we’ll definitely let you know as soon as we find out.