This week Mischo Erban, aged 28, has broken the Guinness world record, for the fastest skateboard speed from a standing position, recording a speed of 129.94 km/h or 80.74 mph whilst skateboarding downhill.

As Mischo attempted the record breaking run he also recorded the whole event using a Recon Instruments custom built point-of-view camera with integrated heads-up-display. Allowing you to enjoy the ride from a first person perspective, watch the video after the jump to see Mischo Erban in action. 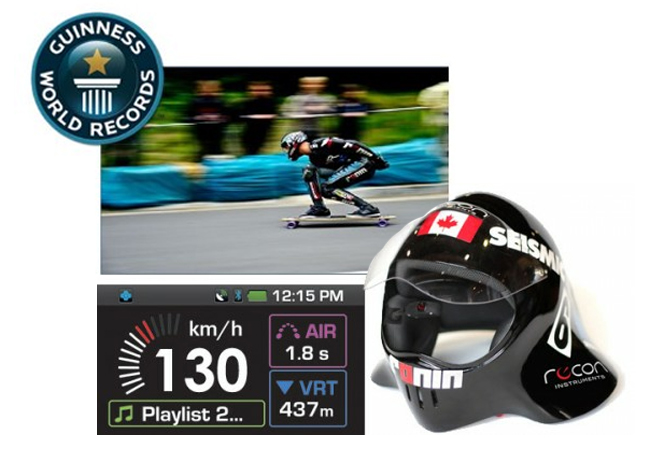 “Having Recon on board with me, breaking this record, it’s insane. When I first found out about Recon’s technology, I thought that somebody had read my mind. With their tech I have been able to eliminate any inaccuracies when training, racing and now, breaking records”.

If you enjoyed this article you might also be interested in the newly created Onewheel self-balancing electric skateboard which took to Kickstarter to make the jump from concept to production.