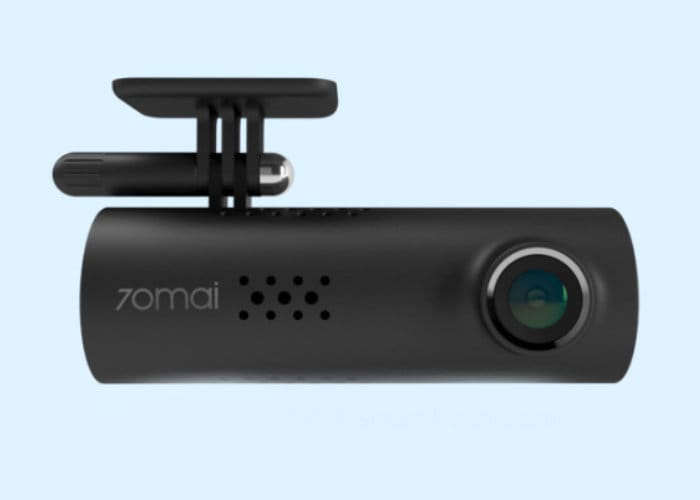 Drivers searching for a smart dash camera, may be interested in the new 70MAI dash camera, which has launched via Indiegogo this month and has already secured its pledge goal, thanks to over 249 backers, with still 25 days remaining on its campaign. As well as being a smart dash camera capable of recording your vehicles movements and the action through your windscreen or rear view, the camera also includes voice control technology making driving even safer and more enjoyable. Watch the demonstration video below to learn more about the 70MAI dash camera.

Available to back from just $39 for earlybird backers the 70MAI smart dash camera is expected to start shipping out to backers during March 2018. The dash camera is equipped with a Sony IMX323 High Sensitivity Image Sensor and 130 degree field-of-view lens, offering full HD 1080p video and photographs. On-board storage takes the form of a 1GB capacity and the speech engine is powered by Nuance with full support for the English language.

Banya Tech the developers of the dash camera have also created a companion smartphone application and integrated artificial intelligence technology which helps keep the camera in focus and on target while you concentrate on your driving. For more details and specifications as well as a full list of all available pledges jump over to the official Indiegogo crowdfunding campaign page by following the link below.