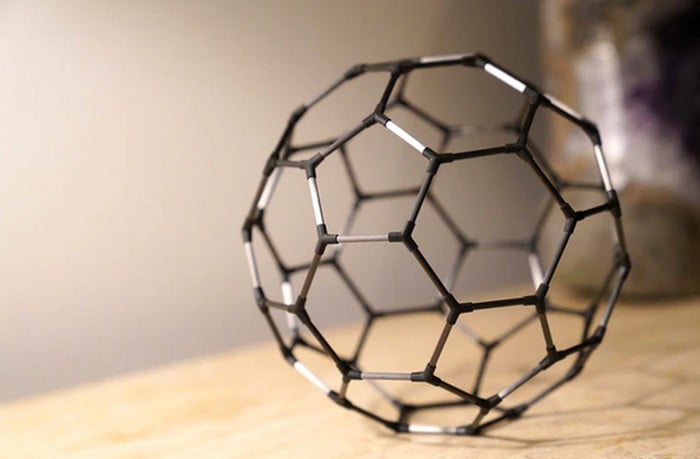 If you are looking for a unique desktop showpiece you may be interested in the carbon fiber model of the C60 molecule created by the engineers over at AltDynamic. The 1996 Nobel Prize winning Buckminsterfullerene molecule has been meticulously constructed out of carbon fiber as a truncated icosahedron cage for you to display and peruse over at your pleasure. Specially priced early bird pledges are now available for the recently launched project from roughly $116 or £85 (depending on current exchange rates). 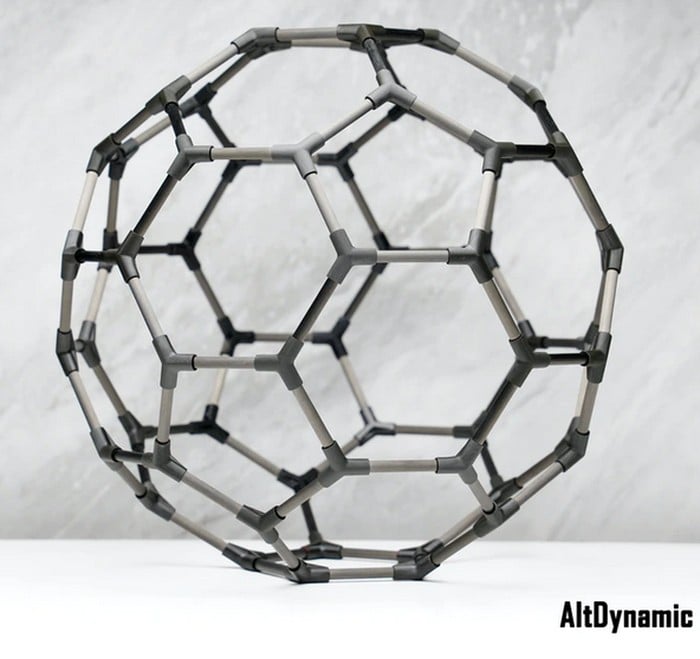 “Welcome to our 13th Kickstarter campaign! We have a track record on Kickstarter for providing unparalleled customer service and delivering quality products. We have been privileged to share our love of fascinating mathematical shapes with over 7,000+ backers around the world. This AltDynamic campaign will be our best yet!”

“The 60 atom polyhedral carbon molecule, C60, known as Buckminsterfullerene (dubbed the Buckyball) was unexpectedly discovered by a team of chemists while studying graphite being blasted by lasers in 1985. The researchers were stunned by their mass spectrometer results and puzzled as to what the structure of this new carbon allotrope could be. They made models with toothpicks, jelly beans and paper cut-outs, but were unable to fold their hexagonal structures into a sphere.”

“They were eventually reminded of the geodesic domes pioneered by architect Richard Buckminster Fuller and figured out the secret they were missing was the pentagon. It turned out the shape of C60 was Archimedes’ truncated icosahedron. The discoverers of this new carbon molecule were awarded the Nobel Prize in Chemistry in 1996 and created a new field of nanotechnology research in the class of carbon molecules known as fullerenes (carbon nanotubes). “

For a complete list of all available pledges, stretch goals, extra media and detailed specs for the carbon fiber C60 molecule, jump over to the official Buckyball crowd funding campaign page by clicking the link below.