Master LEGO builder Baron von Brunk has unveiled his latest creation in the form of a massive 5Ft LEGO NES controller which he has built.

The 5ft LEGO NES Controller is also wired-up so can be used to play your favourite NES games, as long as you have enough space for the controller.  Watch the video after the jump to learn more about the LEGO NES Controller project and see it in action. 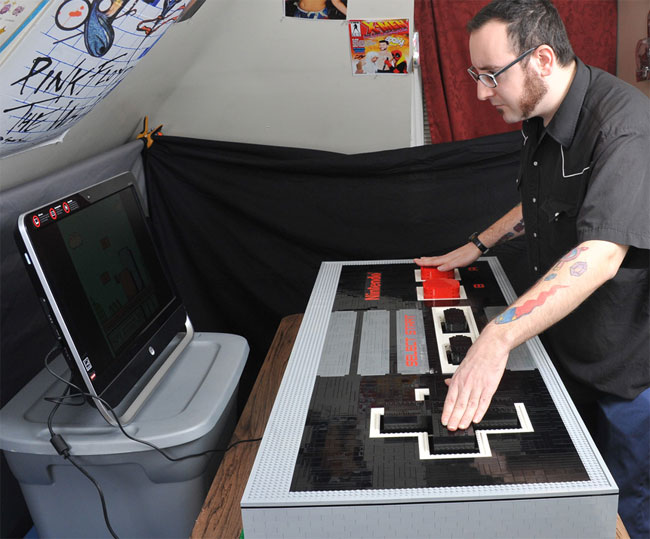 The LEGO NES Controller has been built entirely from LEGO bricks, plates and tiles, and uses Technic shock absorbers, for the button and d-pad returns, Baron von Brunk explains:

“I managed to create functional buttons which reciprocate when pressed. The large buttons make contact with momentary pushbuttons from Radio Shack, which are then wired and soldered to the circuitry of an actual NES controller taken apart. The controller uses a USB converter and ultimately plugs into my computer to play ROMs! Playing games is on this thing is rather difficult, as it’s like a giant arcade pad. Some games in particular that required dual usage of the A & B buttons (notably Super Mario 3 and R.C. Pro-Am); in some instances, you’ll see me accidentally throw Mario off a cliff, as it’s difficult to jump and hold on to the run [B] button simultaneously! Playing Dr. Mario and Tetris, on the other hand were rather simple. Merely coordinating the D-pad with a few pushes of the A button were all it took.”

For more information on the project jump over to the Baron von Brunk website. 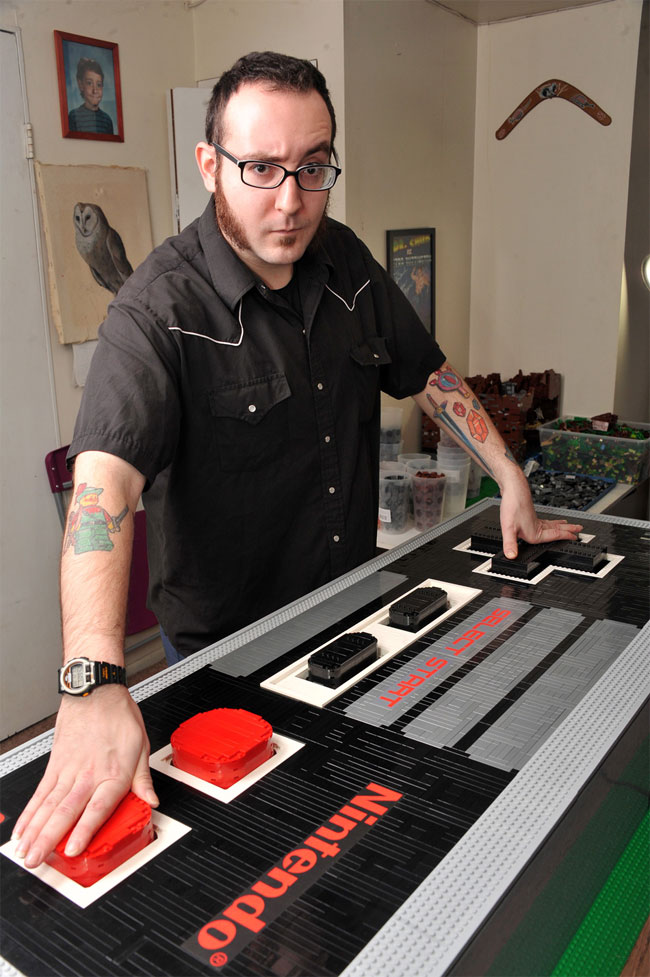