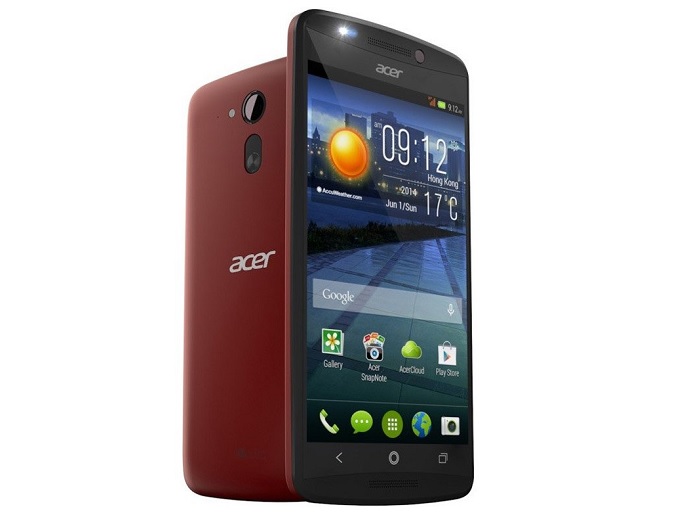 Recently, Acer unveiled a number of new handsets, which are expected to hit the retail shelves in the third quarter of 2014. There’s no word about the regions they will launch in. Acer handsets are not very common in the US, so we are sure if this one will hit the region, although it looks like it may do.

It seems things are about to change according to @evleaks, who has said a 5-inch handset is headed to AT&T in the coming months. He said the device will come with a Full HD display with a resolution of 1920 x 1080 pixels, as well as an 8MP rear camera for photos and videos.

Well, he didn’t name the handset, or any of the ones Acer released recently. But, there’s a good chance that we may see one of those handsets hit AT&T retail shelves.

Apart from the full HD display, and 8MP camera, @evleaks said the remaining specifications will be mid-range, which means we may be looking at a fairly priced handset.

There’s no word from Acer or AT&T at the moment on when this new Android smartphone will launch, we will update you with more details as soon as there is any such announcement.