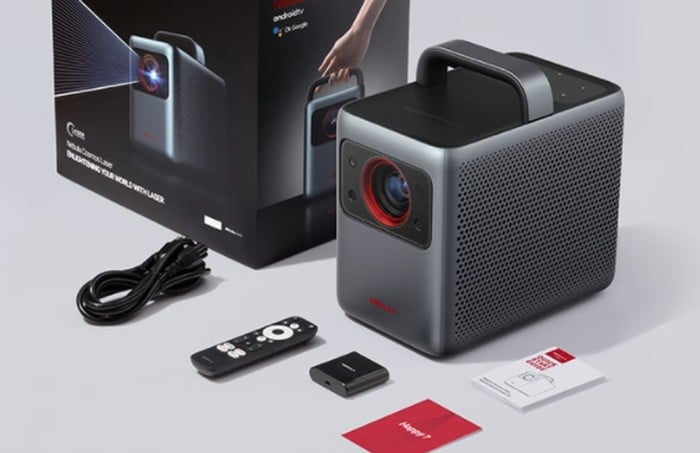 The Nebula Cosmos is a 4K laser projector offering 2400 Lumens and capable of projecting a 150 inch picture. Powered by Android TV 10.0 the Nebula Cosmos has already raised over $1 million via Kickstarter thanks to over 800 backers with still 44 days remaining. Just a tap of a finger gives you access to 400,000+ movies and episodes on 7,000+ apps on Android TV 10.0, including the most popular streaming platforms such as Disney+, Google Play, Prime Video, Netflix, HBO Max and more. Connectivity to the 4K laser projector include USB, HDMI, AUX, ACIN as well as wireless and Bluetooth.

Specially priced early bird pledges are now available for the innovative project from roughly $999 or £733 (depending on current exchange rates), offering a considerable discount of approximately 37% off the retail price, while the Kickstarter crowd funding is under way. 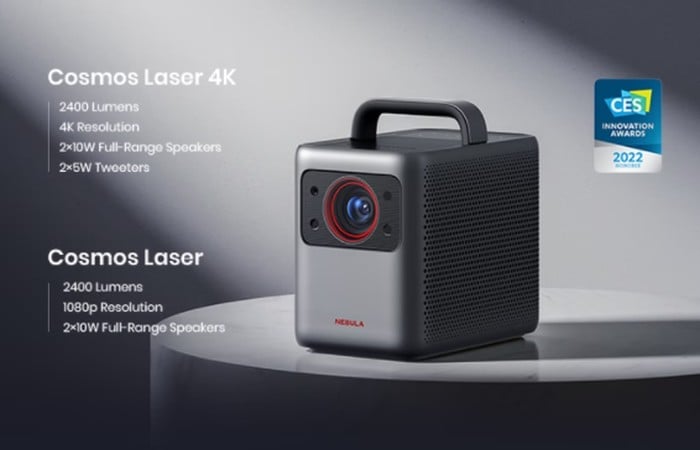 “Unleash ultra-brightness on your home entertainment with the power of 2,400 Lumens that makes content bright at any time of day. The Laser Forge Image Engine ignites the true potential of your picture. Powered by lasers, the image engine features ALPD 3.0, software used in professional theaters that enhances the brightness, saturation, and contrast—then takes it to the next level.”

“After your eyes get taken in by the true color accuracy of 100% Rec. 709, you’ll be blown away by the brightness of increased laser efficiency. Take movie night anywhere in or around your home with the ergonomically curved top-handle that turns any space into a theater. When the watch party moves outdoors, plug the Cosmos Laser series into your portable power station for the energy supply you need for the entire movie. For best results, use Anker 545 Portable Power Station (PowerHouse 778Wh), which provides a versatile array of ports for any power need.” 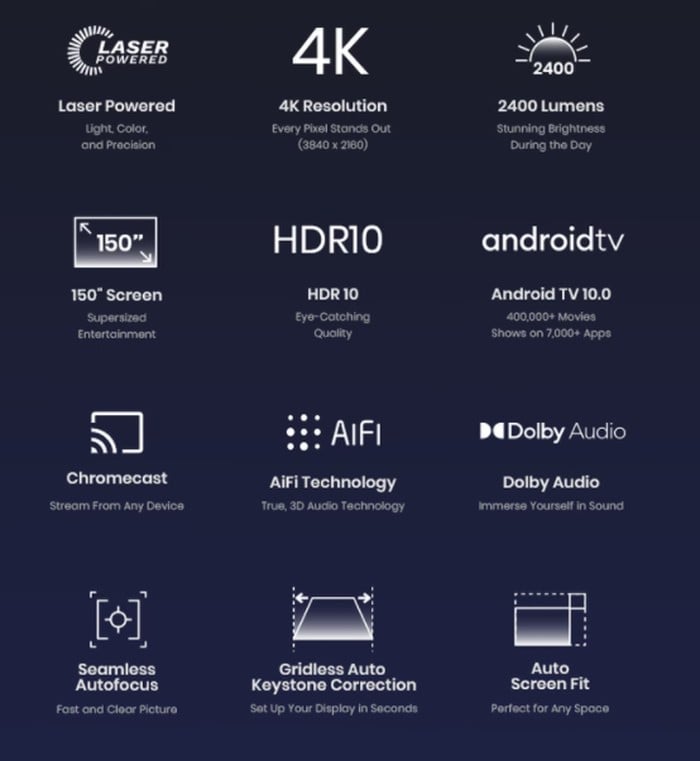 “It’s OK if you accidentally bump the projector because the Gridless Auto Keystone Correction adjusts the vertical and horizontal aspects to the ideal 16:9 ratio in 3 seconds. Plus, you won’t see layout guides on the screen, so you can just keep watching. Seamless Autofocus produces instant image clarity, so you spend less time getting lost in the Settings menu and more time engaging with your content. Watch the advanced algorithm instantly frame your image into a size that’s just right for your space or screen with Auto Screen Fit.”

For a complete list of all available campaign pledges, stretch goals, extra media and engineering specifications for the 4K laser projector, jump over to the official Nebula Cosmos crowd funding campaign page by visiting the link below.