The picture below might well look like a frame from the Iron Man 2 movie but in fact its a picture of Colorodan Anthony Le wearing his $4,000 homemade Iron Man 2 costume of  War Machine.

Anthony Le, 25, has been a fan of Iron Man from a child, but when he heard that the comic-book superhero was hitting the big screen in 2008, he was inspired to build his own Iron Man suit. Check out the video after the jump. 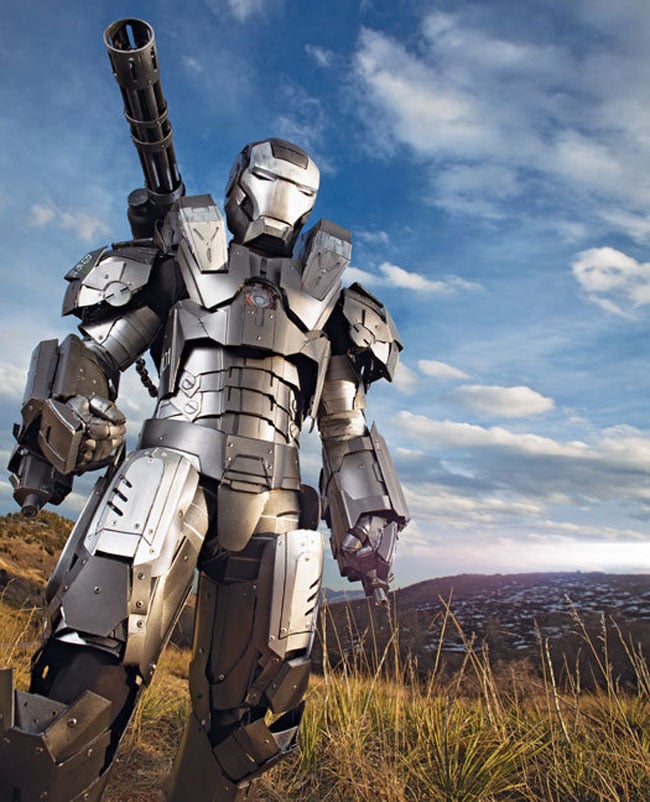 The costume of War Machine took 1 month to build and was constructed from high-impact urethane that was cut and then riveted together with around 1,500 rivets.

The helmet was scupltured from clay and a liquid resin was used to create the final item, with servo motors added to operate the helmets face plate just like the film. 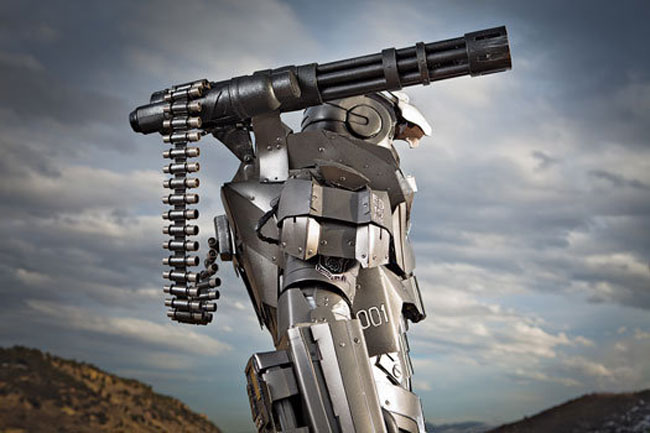 LED’s were added to the chest plate and helmet and the rotary gun was created from pipes and another motor to provide the spinning motion.