The 3M MPro120 Projector has a battery life of two to four hours, depending on the brightness setting, and in full brightness mode it achieves a brightness of 12 lumens. 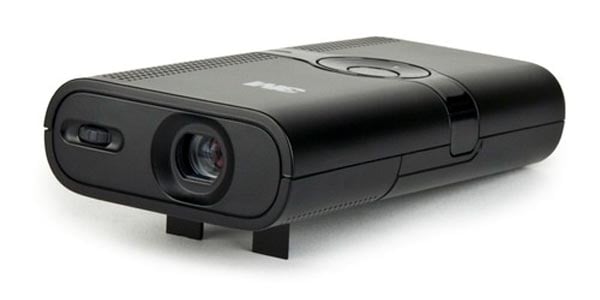 It comes with an integrated stand, stereo speakers, and a tripod, and is designed to be used with laptops and netbooks.