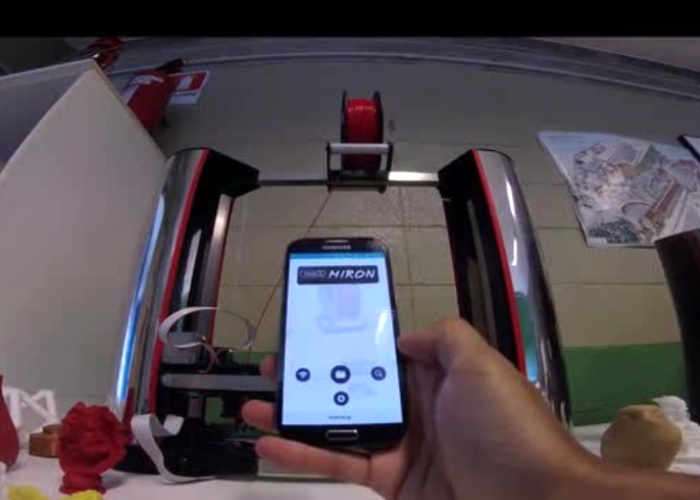 A development team based in Italy has created a new multifunctional desktop workstation that is capable of carrying out for different functions from one minimalist framework providing a 3D printer, milling machine, laser engraver and laser cutter.

The MIRON 4 has this week taken to Kickstarter to raise the €100,000 the team require to take their design into production, with pledges starting from €1,000 and shipping expected to take place during September 2017.

Watch the demonstration video below to learn more about the design of the desktop workstation which offers a build area of 300 x 300 x 300 mm.

• The handle of the printer that is a well proved method to make easy the filament to rotate and not to block.
• The capability with other two little extensions to enlarge the y axis with a 60 cm plate.
• The largest volume possible of the printer, normal 300x300x300 so 27000 cm cub, extended 54.000 cm cub
• The possibility to use a 3d scanner for the circular plate.
• The app that controls the printer from a smartphone, android or iOS.
• The fact that has 4 different tools such as: single extruder, double extruder, peristaltic pump, or double, laser cutter 1w 1,5 w 2w, an aluminum and wood mill, each of these are really easy to change and all the parameters are already script in a file for loading in the repetier software.
• It is really light but at the same time has a very strong structure.

For full specifications and details jump over to the Kickstarter crowdfunding campaign page by following the link below.